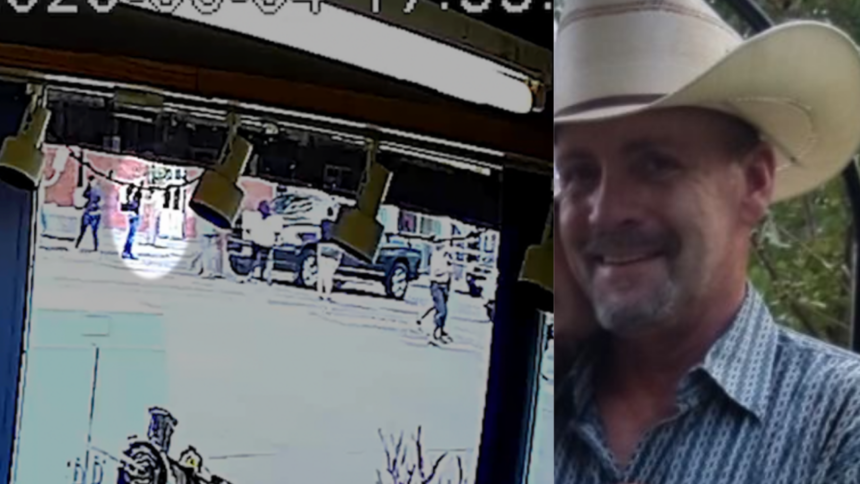 ALAMOSA, Colo. (KRDO) -- A Canon City man remains in a Colorado Springs hospital after Alamosa police say he was shot in the head while driving on Main Street during a protest last Thursday.

Danny Pruitt, 49, of Canon City was transported to UCHealth Memorial on Thursday evening.

Authorities arrested Alamosa defense attorney James Marshall, 27, for the shooting. Marshall is out on bond for charges of attempted murder and assault.

A GoFundMe set up by family members of the driver said Pruitt is a disabled veteran and single father. People have already donated over $100,000 to help with Pruitt's medical bills. Pruitt is in stable condition with a traumatic brain injury. Family members say doctors are working to reduce brain swelling. The GoFundMe indicates additional tests will be done this week.

KRDO NewsChannel 13 obtained security camera footage, which has been provided to police, from a nearby business that captured the moments surrounding the shooting.

The surveillance video time-stamped at 5:55 p.m. Thursday shows the incident in its entirety during a protest in downtown Alamosa. The video shows about a dozen protestors were lining Main Street with signs in hand.

A black truck pulls up and as the driver goes through the crosswalk. That's when a protestor reaches in their pocket and pulls out what police say is a gun. The surveillance video shows the protestor aim the object at the passenger side window of the truck.

Within 11 seconds of nearing the crosswalk, the truck comes to a halt in the middle of the intersection. Protestors immediately scatter and cars continue to drive around the stopped truck for about two and a half minutes. Video then shows the truck moving through the intersection.

KRDO has attempted to reach Marshall numerous times but has not yet received a response. It appears Marshall disconnected the voicemail at his law firm in Alamosa.