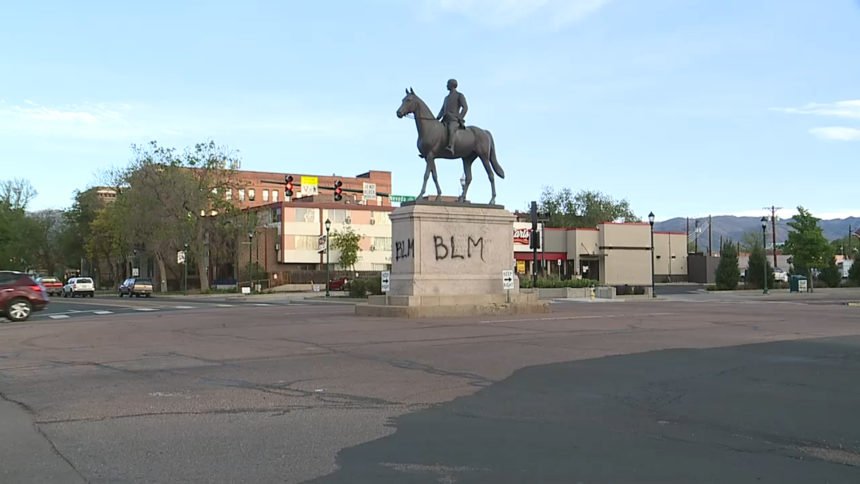 COLORADO SPRINGS, Colo. (KRDO) -- Amid several days of protests, some of which have turned into chaotic scenes, statues and government buildings in Colorado Springs have been vandalized.

When the buildings in Colorado Springs are covered in graffiti, and glass is still shattered from the night before, cleaning up seems pointless to some. Many don't understand the damage and destruction caused during protests denouncing the death of George Floyd, while others understand the pain and anger behind it.

Monday, shattered glass can still be seen at the El Paso County Courthouse. Less than a mile away on the staircase of City Hall, in red lettering, the words 'Love Wins' was once spray painted.

It's a phrase that peaceful protestors say they want to get across, one that addresses the problem of inequality by invoking something that can unite us all: love.

On Nevada and Platte, BLM was spray-painted on a statue of William Jackson Palmer, the founder of Colorado Springs.

The abbreviation is for 'Black Lives Matter', a movement that campaigns against violence and systemic racism.

By Monday, graffiti that was painted on about 40 locations downtown was gone. The city's team took to the streets early in the morning to wipe away the markings; the cost was estimated at less than $100 by the City of Colorado Springs, but the clean-up is paid for with taxpayer money.

As teams clean up what's left downtown, they prepare for the possibility of more damage and more protests Monday night and into the week. 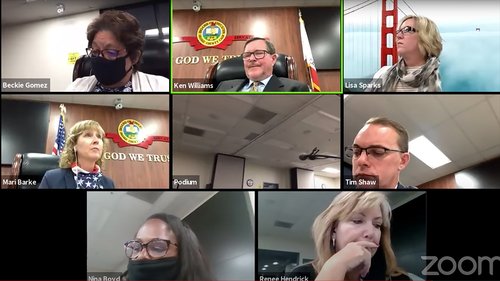 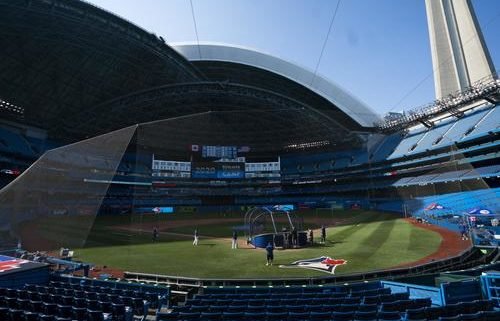