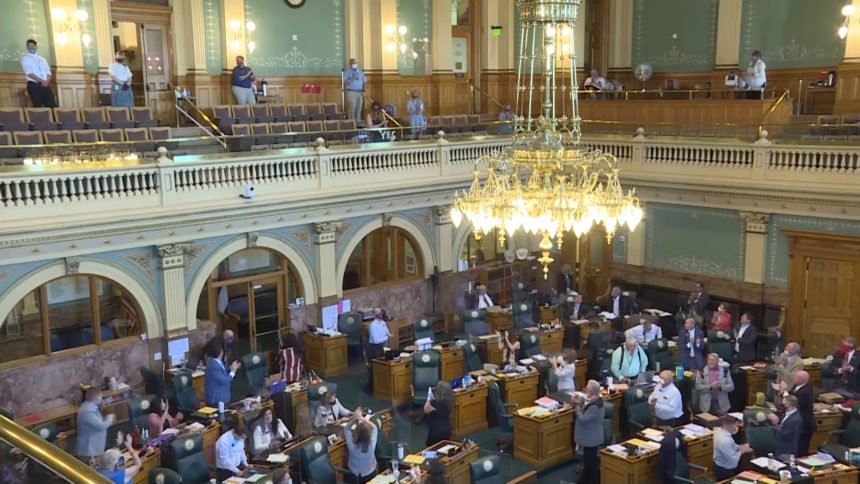 DENVER (KRDO) -- It's back to business at the state capital. Colorado lawmakers reconvened and were immediatly taksed with trying to figure out how to help our state out of the economic spiral generated by the virus.

However, Representative Daneya Esgar says it's far from business as usual. "They did take our temperature at the door and as long as you didn't have a temperature you got marked with a wristband for the day," Esgar says.

Plexiglass panels were placed in between legislators desks, some areas taped off as representatives are separated across the room. While there were signs mandating the use of face masks, not all legislators were wearing one. Still Esgar says all the necessary precautions are being taken, "Were all taking precautions as much as possible, some of us more than others but really making sure that we are looking out for the safety of not only ourselves but for each other."

At the top of their agenda is making up that $3.3 billion budget cut. Esgar says they have a lot of work ahead of them. "Tomorrow alone, we have 43  bills up in our appropriations committee that have to deal with the long bill have to deal with balancing the budget," Esgar says. Those bills will focus on amending previous statutes ending certain programs to make up some of the short fall.

Senator Paul Lundeen says state senators are focusing on the same thing, "Major on the majors, get the budget done, get the school finance act done  and really prepare Colorado to reopen safely." As for partisan bills that were introduced before the pandemic, Lundeen says those should stay on the back burner for now.

"Focus on the essentials and let some of these agenda bills that have been brought, let them fall off," Lundeen says. Another thing the senator is calling for is for people's voices to be heard by testifying in front of committees. He says out of the seven bills his committee reviewed Tuesday, only one person from the public spoke in front of lawmakers about it.