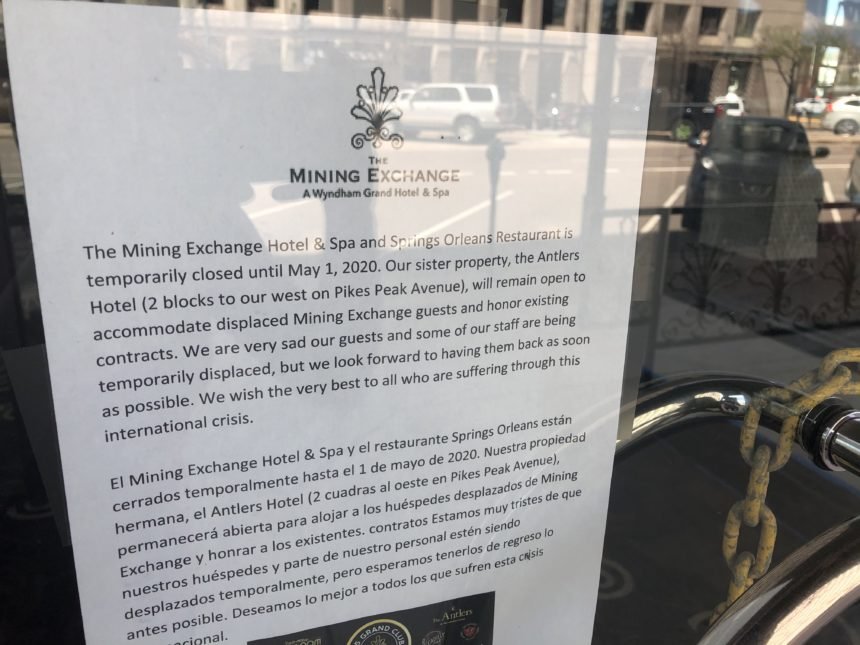 COLORADO SPRINGS, Colo. — Hotels are waiting to see what their industry will look like in the midst of a pandemic, but will families vacation there?

This is not a typical year; according to Rocky Mountain Lodging Reports and Summit Economics, Colorado Springs is experiencing the lowest occupancy rate on record in 30 years.

According to April's Rocky Mountain Lodging Report, 18% of Colorado Springs hotel rooms were occupied. It's a drop from March's numbers, which sat at 39%. It means a lot of area employees are now out of jobs.

"Over 10,000 people through the Month of April have filed for unemployment benefits. So almost half of our workforce has been impacted by this," said Doug Price, President and CEO of Visit Colorado Springs.

Last year, the report showed hotels in the Springs were at 68% occupancy for the month of March and April.

But there may be a silver lining, the report shows Colorado Springs-area hotels are in fact doing better than hotels statewide.

Just last week the Colorado Tourism Office started a campaign urging tourists not to come to Colorado. Price says the industry is trying to keep up with the unprecedented challenge.

"We monitor our website quite a bit to see how many people are expressing interest in coming and over the last 30 days, and we have seen a change. More and more people are dreaming about coming to Colorado Springs," he said.

Although there are some very apparent changes to the industry, he believes we could bounce back sooner rather than later.

"I think the start of the tourist season is going to probably be closer to the 4th of July rather than Memorial Day weekend," Price said.