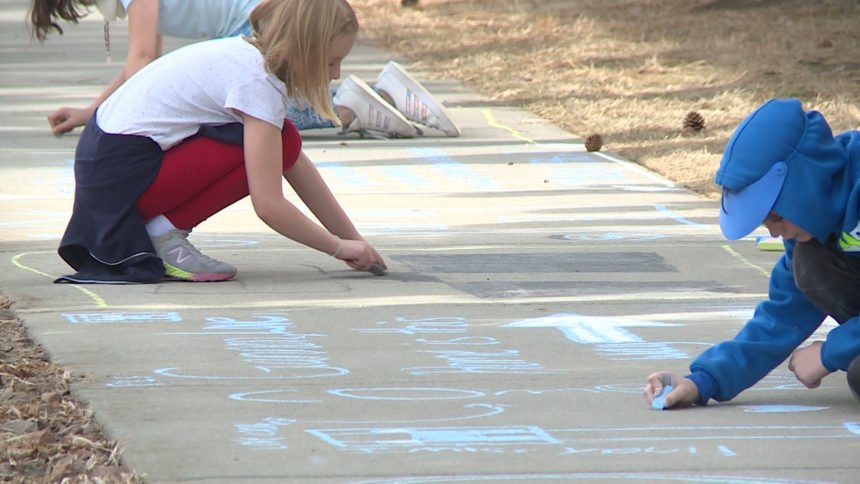 Neighbors are showing their support for Gannon Stauch's family with heartfelt messages. Dozens gathered in the Lorson Ranch neighborhood on Saturday morning to write those messages on the sidewalk near where Gannon's family lives.

The messages say things like, "We love you --- come home Gannon." Neighbors hope those words will welcome Gannon back.

There's another reason for the sidewalk writing. Gannon's disappearance can be difficult for parents to explain to their kids. Event organizer Anastasia Smith said the event was a way for parents to talk it out with their kids - or "chalk it out."

"I thought that the kids would really enjoy coming out and expressing themselves via art and via chalk," she said.

Neighbor and parent Talei Uele said Gannon's disappearance is impacting everyone in their neighborhood; including the kids.

"This is an opportunity for us to engage them in conversation and hold them a little closer, and actually ask them about how they feel about the situation," Uele said "And to help them make sense of what has happened."

Parents at the event said their neighborhood is a tight-knit community, and they want to see Gannon back home soon.

Gannon went missing on Monday, January 27th. Police and law enforcement are investigating his disappearance as a missing and endangered child case.