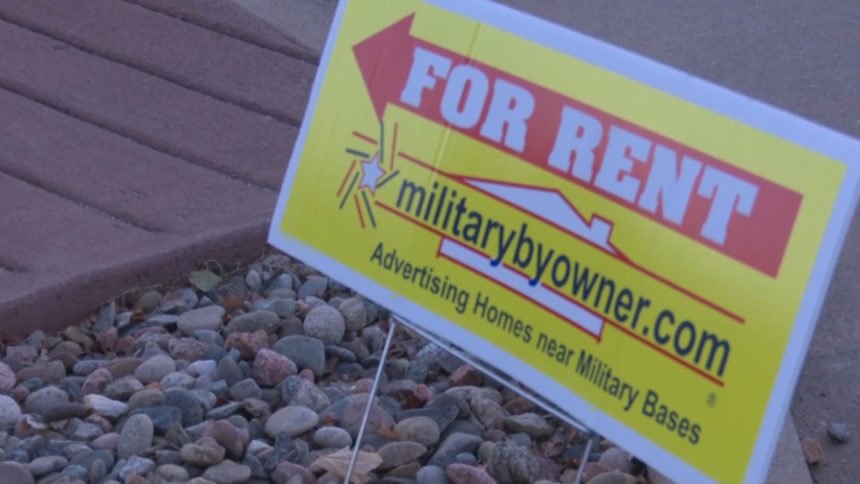 COLORADO SPRINGS, Colo. (KRDO) -- A local economist says the rental market in Colorado Springs is being hit with a double whammy of factors that are causing rent to skyrocket.

Across the nation, the cost of rent is continuing to increase, but the State of Colorado and the City of Colorado Springs are seeing some of the biggest jumps. On average, the median price for a two-bedroom apartment is $1,272 which is about $100 more than the national average.

Tatiana Bailey, Director of the UCCS Economic Forum said, “For the last two or three decades, Colorado has surpassed the nation in terms of two-fold in population growth, so double the population growth rate. And what does that mean? More people who need housing and not everyone can afford to buy a home.”

Bailey calls it a double whammy. A lot of young people are moving here and that’s great. But they are the ones who need to rent because they can’t quite afford a down payment on a house.

“But you put all that together and the demand for housing, particularly rental units it’s going to be really high and when demand is high, prices go up," said Bailey.

Over the past five years, rent has gone up 27.3 percent here in Colorado Springs which amounts to the second-highest rate in the nation. That number is concerning, but Bailey says she’s feeling good about the way the housing market looked this past year.

“We were having double-digit growth for that past couple of years, particularly 2017 and 2018. And then prices started to moderate, so that’s really good. One of the major challenges we have locally and nationally is that the supply is really low. So that is keeping us from mitigating the prices as much as we like.”

So how much would someone need to make to live comfortably in Colorado Springs?

Bailey, “I think we were at about 60 or 70 thousand [dollars] a year, and that’s an interesting number because the median salary in Colorado Springs is actually lower than the national average by about 14 percent. We are only averaging about $46,000.”

Stockton, California, led the cities with the fastest rent growth in the last five years and Aurora, Colorado was the next Coloradan city to appear on this list at number 7.