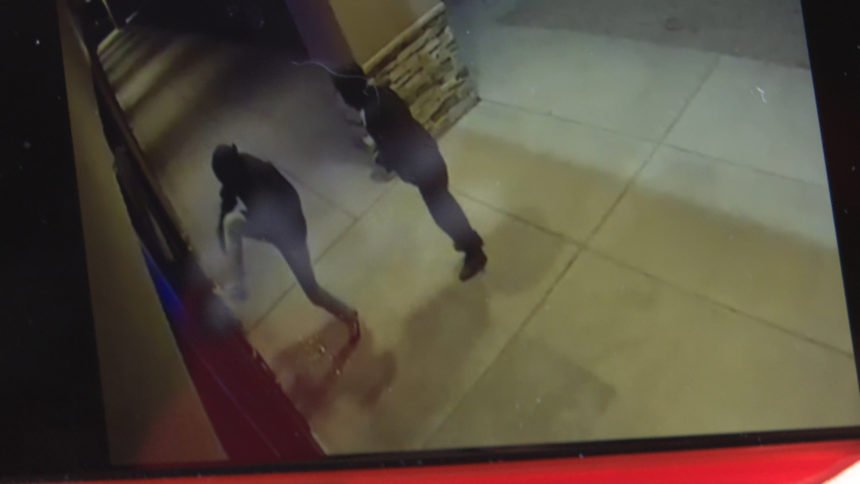 "Sometime around 12:15-ish or so, we got an alert from our alarm company," said Mark Henry, a cook and owner at Happy Belly Tacos.

"This definitely looks like something they've done before. They brought their own rocks which I think is strange because there is a cinder block right there," Henry said while re-watching the video.

But the owner of The Chippy believes they hit his restaurant earlier in the night in the same getaway car.

"They showed up in what looked to be white Dodge Caravan, jumped in and did what they needed to do. Somebody else was in the van and moved while they were in here."

Stealing cash drawers and possibly other items from both stores.

"To have somebody come in and take what's not theirs and take what they didn't work for while we're all exhausted from the work we're doing is extremely frustrating and unnecessary."

The thieves left quite their mark, leaving behind damage along the way.

"They were in and out within three minutes," he said.

But the damage isn't what has Henry upset.

"The money that got stolen was tips for our staff so personally they didn't take from us, they took from our staff, which is the most frustrating part," he said.

By Friday afternoon, both restaurants were back open for business. Colorado Springs police are investigating both burglaries, but have not been able to confirm both incidents are related.