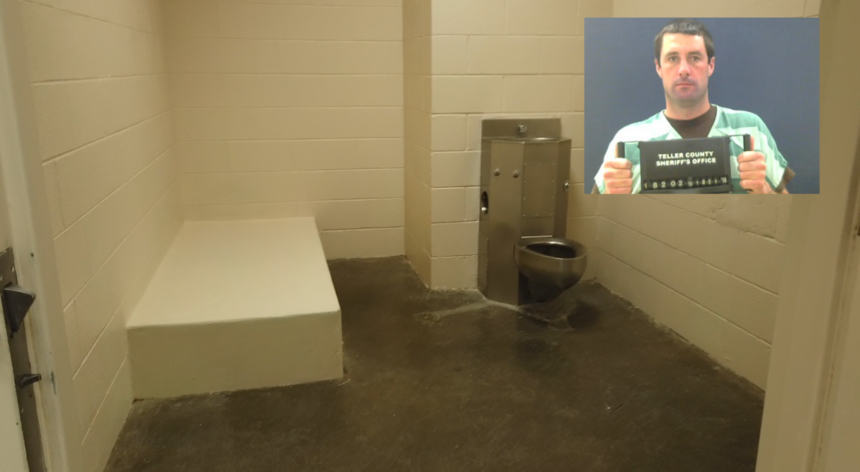 TELLER COUNTY, Colo. (KRDO) --Before Patrick Frazee was sent to the Colorado State Penitentiary, he sat in the Teller County Jail for nearly a year.

During his time, the Sheriff's Office was in charge of making sure he was safe.

Frazee was convicted of first degree murder in November and subsequently sentenced to life in prison without parole.

His stay in the Teller County Jail resulted in hundreds of requests from outside parties to speak with him. The first were dozens of priests.

Commander Greg Couch, the public information officer for the Sheriff's Office says, "the requests came in many times a day, all hours of the day."

The second largest request came from the media, wanting to talk to Frazee about his charges and later, his conviction.

"There was at least one media outfit that did send money to Mr. Frazee," Couch said.

The efforts didn't work. Frazee never answered their phone calls, but presumably used the money sent to him for other calls.

"They were shocked and amazed that they were manipulated to giving him money and got nothing in return," said Couch.

After Frazee was convicted, he had more calls than ever before.

"We learned and we did turn it over to the District Attorney's office that he made about 1,500 calls the week after he was convicted. That's a lot. I've never seen or heard of that many calls being made."

The Sheriff's Office could not release the identities of Frazee's phone calls.

Despite all the attention Frazee received, he never gave deputies any issues.

"I don't know if he was a model prisoner, but we didn't have any issues," Couch said.

Yet his stone-cold expression sported in court never changed.

"I never saw Mr. Frazee display any kind of emotion in the brief interactions that I had, straight level. Nothing."