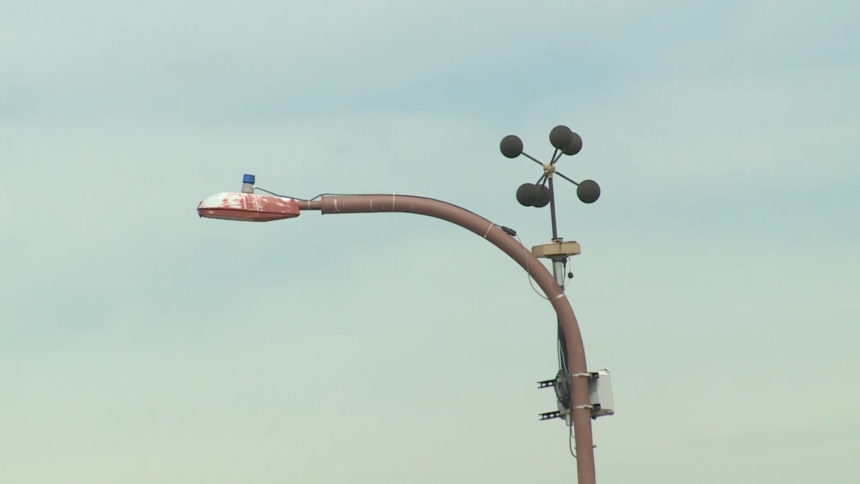 It's been a little over a year since Colorado Springs got a gunshot detection system through FireFLY. It's similar to one already making improvements in Denver, resulting in hundreds of arrests.

If you ask people around town, many will say Colorado Springs is a safe place to live. But depending on your neighborhood, some feel less safe. Especially in southeast Colorado Springs near Chelton, where one detection system is already in place.

"Day, night, this area of town is um show would I say it… not the best area of town to live in," one neighbor said.

That's why the Colorado Springs Police Department continues to test the pilot gunshot detection system, placing it in an open space off of Academy where gunshots are often reported.

Before the gunshot detection system was put in place last year, the only way police knew to respond to shots fired was if someone called 9-1-1. But, thanks to sensors mounted on light poles, it gives police a specific location on where the gunfire happened.

So far, a similar program has worked in Denver. The chief there has reported that the technology has contributed to 134 arrests and the recovery of 84 guns since 2015.

While we've had this technology for over a year, Colorado Springs police have only shared one location publicly. There are reportedly at least three others in other neighborhoods like Valley Hi, Park Hill, and Pikes Peak Park.

We reached out to CSPD about how these gunshot detectors are working and how many arrests have been made thanks to them. Despite a department spokesperson saying they would provide information, the department hasn't provided any relevant data.