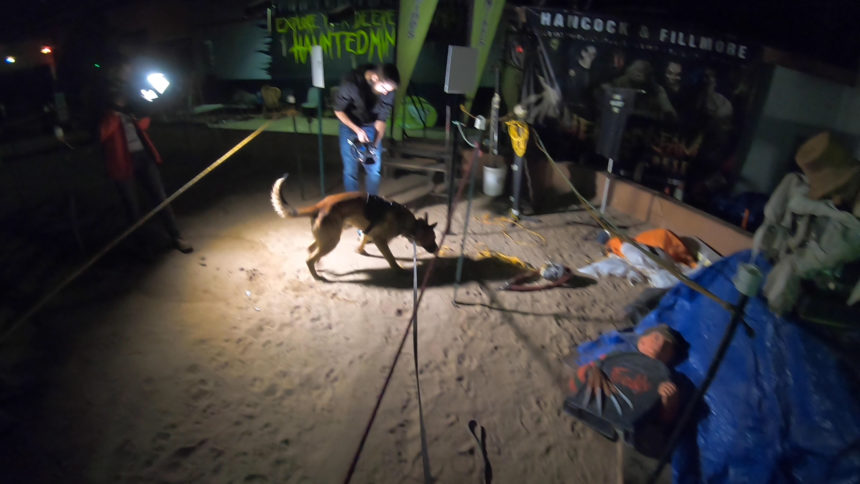 "It doesn't really get much more of a challenging environment than this," said Officer Andrew Genta.

The Sheriff's Office K-9 trained with the Colorado Springs Police Department's K-9 unit. The two law enforcement agencies seek out several public venues to let the dogs do their job in different settings.

"We typically try to get out in the public and expose the dogs to as many new environments, different environments as we possibly can," Genta said. "That way anything the dog encounters during its actual live deployments, nothing surprises the dog or makes it feel uncomfortable."

Deputy Glen Casner, who will be the county K-9's new handler, said they are scheduled to start jail patrols by the end of the week.

"Preventative is what we really want to see," Casner said. "We don't want to see the drugs come in there at all."

The two K-9 units spent about five hours training inside the haunted house, searching for rags with trace scents of drugs like cocaine and heroin.

"We appreciate what they do for the community," Stites said. "They're here to protect and serve, and we're here to scare people. And so it's kinda cool that we can partner with them and allow the dogs to come in and do the K-9 training in the haunted house."