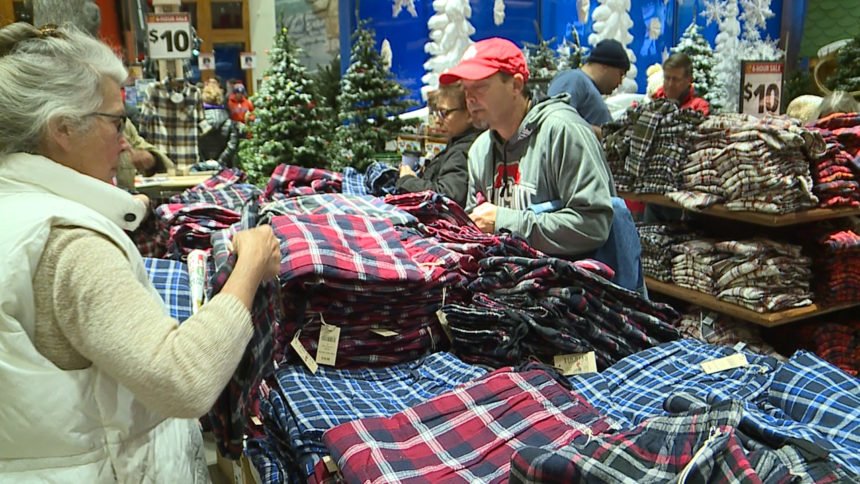 Some people aren't taking any downtime after Thanksgiving before gearing up for Christmas.

Bass Pro Shops in Colorado Springs was reeling in the customers Friday morning. Hundreds of people lined up early, but management tells us they're preparing for up to 10,000.

Shoppers started lining up around 3:30 a.m. to get a good position to snag a hot deal.

One family drove up from Alamosa on Thursday night to get half-priced Savage hunting rifles.

While many stores have shifted away from the early morning Black Friday frenzies by opening Thanksgiving night, the manager of this Bass Pro Shops says they like to stick with tradition.

"Our Black Friday sale is the biggest sale we have of the year," store manager Chris Koeninger said. "Our guests have over the years learned that it's easy to shop us on Black Friday so they come every year."

One of those loyal customers is Cindy George, who was picking up some Christmas gifts for her sons.

She wasn't letting anything get in the way of grabbing a good deal, and getting in some retail therapy.

"This was my first holiday alone [after] battling some cancer, but I'm out and with the crowds," George said.

Best Buy, Target, Macy's and others opened their doors not at 5 a.m. on Friday, but at 5 p.m. on Thanksgiving Day.

Those stores closed around 1 a.m. Black Friday, and reopened around 7 a.m. or 8 a.m.

The stores' online sales started even earlier and are expected to go through the weekend to Cyber Monday.

Retailers have been extra aggressive this year, since the shopping season between Thanksgiving and Christmas is six days shorter than usual.
More than 165 million people are expected to shop this holiday weekend.
That's about half the U.S. population.