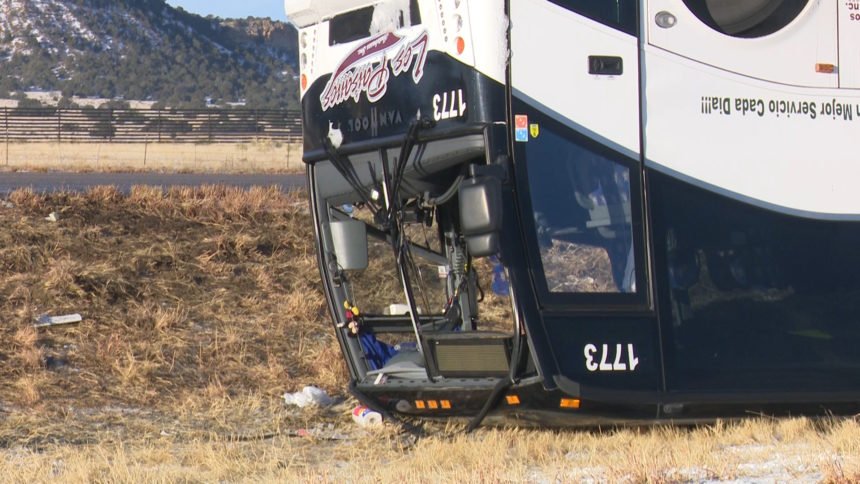 WALSENBURG, Colo. -- Several passengers involved in the Thanksgiving morning bus wreck along Interstate 25 south of Walsenburg remain in intensive care. Dozens more are finally being bussed to their final destinations.

The extent of the injuries are unclear to the public at this time, however, KRDO is learning they are in stable condition.

The driver of the bus, 53-year old Alberto Torres now faces multiple careless driving charges leading to bodily injury. The charge is a misdemeanor, but he faces 48 charges (one for each passenger). Colorado State Patrol (CSP) say this could lead to potential jail time.

More than 24 hours after the wreck, CSP is working to getting luggage and belongings back to all of the 48 passengers.

The passengers, many of whom could only speak Spanish, originally came from El Paso, Texas and were heading northbound along I-25 to Denver and Greeley.

3 miles south of Walsenburg at around 5:40 a.m. Thanksgiving morning, their charter bus lost control and rolled over one and a half times. Initial investigations point to icy roads and speeding as contributing factors

Torres drives with Los Paisanos bus, a bussing company based out of El Paso. This accident isn’t the companies first experience with legal troubles. In 2010, a jury ordered Los Paisanos to pay out more than $132 million to the victims of a crash that claimed two lives on a snowy Colorado road.

“Next week they’ll do a post crash inspection for the bus that was involved in this," said Cpt. Brian Lyons with Colorado State Patrol. "They'll look to see if there was any mechanical issues or defects they need to be aware of.”

Investigators will look to pin down the exact speed bus before the rollover occurred. Troopers on the scene of the wreck told KRDO they initially believe the bus was going at a minimum of 55 mph. With the icy road conditions troopers said they believed that was 'way too fast' for those roads. 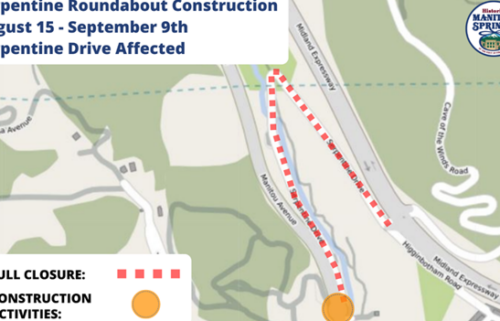