PUEBLO, Colo. (Nov. 23, 2019) - The defensive battle in round one of the 2019 NCAA Division II Playoffs was won by the No. 9 Colorado State University-Pueblo football team, as the ThunderWolves were victorious, 17-0, against visiting Augustana University.

The Pack improved to 5-3 in postseason home games at Neta and Eddie DeRose ThunderBowl. CSU-Pueblo has now won nine straight games and will be traveling for a round two matchup with No. 4 Minnesota State University, Mankato. MSU earned the top seed in the region and will host the ThunderWolves Nov. 30 at 12 p.m. MST. The meeting with the Mavericks will make three straight postseasons and the fourth time since 2014. Last year in round two, CSU-Pueblo lost on the road by the score of 24-10.

The defense did what they have all season and that was create turnovers and make stops in the backfield. The Pack totaled three takeaways with two interceptions and a fumble recovery, while knocking down the quarterback five times for a loss of 38 yards and posting nine tackles for loss (-46 yards). Augustana totaled just 145 yards of offense with only 14 coming on the ground. The Vikings entered the game scoring 30.2 points per game and totaling 385.2 yards per contest. The road team was just 1-for-12 on third downs.

The CSU-Pueblo offense was highly efficient in the win, as the Pack gained 382 yards with 245 coming through the air. Third downs proved to be an important stat line, as the ThunderWolves went 7-for-15 to keep drives moving and hold the ball for 31:51 of game clock. The Pack only had one giveaway, as the ThunderWolves went +2 in the turnover margin category after leading the nation with a +21 margin during the regular season.

CSU-Pueblo got production from all levels of the defense, as four players grabbed at least five tackles. Rocky Mountain Athletic Conference Defensive Player of the Year Jackson Wibbels (Sr., DE, Colorado Springs, Colo.) led the team with seven tackles (1 solo) and a half tackle for loss.

Senior defensive back Amu Aukusitino (Anchorage, Alaska) filled the stat sheet, as he grabbed six tackles (five solo), brought in his fourth interception of the season, had a forced fumble and a tackle for loss. His interception came just two plays after Augustana had a touchdown wiped out by a penalty.

Sophomore wide receiver Nick Williams (Aurora, Colo.) had a monster game on offense. He recorded his third 100-plus yard game of the season with 10 receptions for 148 yards, both career-highs. He averaged 14.8 yards per catch and recorded a long of 44 yards. Williams also got it done on the ground with 37 yards, which included a 35-yard run to the end zone on the first play of the fourth quarter. He finished with 185 yards of offense.

Quarterback Jordan Kitna (So., Dallas, Texas) went 22-for-30 (73.3%) for 210 yards and a touchdown. Quarterback Gunnar Lamphere (So., Aurora, Colo.) also got in the passing mix and went 2-for-2 and 35 yards. Together they went 24-for-32 for a smoking completion percentage of 75 percent and hit eight different receivers.

Kitna also added a team-high 51 yards on the ground with six carries. Lamphere ran the ball five times for 12 yards, which included a second quarter, three-yard rush to the end zone.

On special teams, senior Isaiah Diggs (WR, Federal, Wash.) returned four punts for 42 yards for an average of 11 yards per return. His long return went for 14 yards. Punter Justin Dwinell (R-Fr., Colorado Springs, Colo.) averaged 40.3 yards per punt on his three kicks with one settling inside the 20.

After a stalemate in the first quarter, the Pack got on the board with 10:17 left in the second quarter on a junior Mitchell Carter (Colorado Springs, Colo.) 21-yard field goal. The score capped a 12-play, 87-yard drive that ate up 5:25 of clock. The score remained 3-0 at the break.

CSU-Pueblo took the opening kickoff in the second half to the end zone with 68 yards in 10 plays. The drive went for 5:07 and finished with the three-yard Lamphere run.

With a 10-0 lead heading to the fourth quarter, the Pack made things a little more comfortable on the first play of the final frame, as Williams took an end-around 35 yards to the house. The drive was another long one, as the home team traveled 69 yards in eight plays.

The 17-0 postseason victory marks the second shutout in the team's playoff history with the other coming in the 13-0 victory to win the 2014 NCAA Division II National Championship. 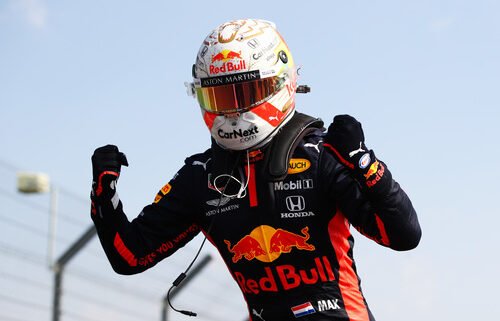