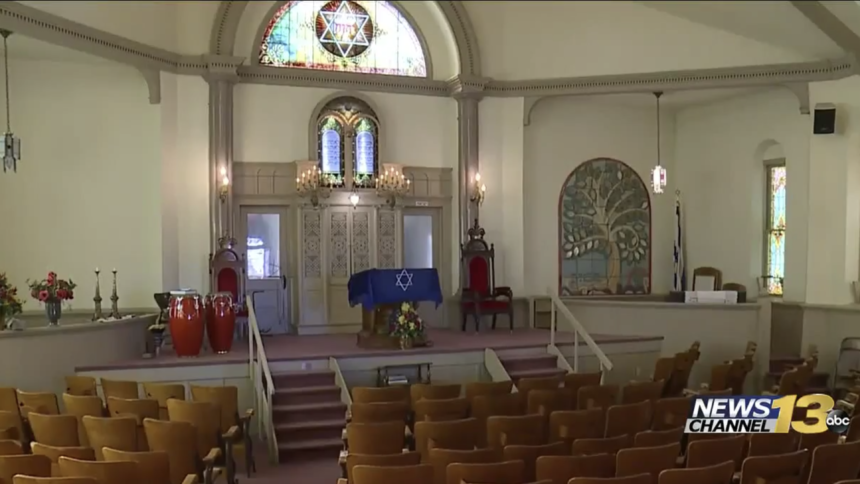 People are reaching out to support the Pueblo Jewish community after the FBI stopped a self-proclaimed white supremacist's alleged bomb threat.

"It's been great," said Atlas-Acuna, regarding the public support. "This person is not a reflection on Pueblo the community because anti-semitism and racism isn't what Pueblo is."

The FBI reported Friday it had stopped a potential bomb threat targeting the local Jewish synagogue. The suspect, 27-year-old Richard Holzer, is in custody and could face up to 20 years in prison for restricting the free exercise of religion through force and attempted use of explosives.

The Anti-Defamation League, a national organization combating anti-semitism, said it's known of the suspect's hate speech online since May 2016.

"Because of the type of activity he was doing in California, wearing Nazi-type military uniforms and making very anti-semitic and hateful statements and gestures," said Scott Levin, a regional spokesperson for the Anti-Defamation League. "My colleagues brought that to the attention of lawn enforcement at that time."

Although the suspect is in custody, Atlas-Acuna said he is taking precautions and working on installing additional security equipment for the synagogue.

"We already have armed guards and, of course, this has an alarm system," he said. "But we're going to go ahead and have cameras placed on the exterior of the buildings -- both buildings -- and have 24-hour surveillance."

He says other religious organizations and houses of worship should learn from this experience.

"Don't be a soft target," he said. "Protect yourself because we live in a kind of world where that security -- we can't take that for granted any more."