“Somebody just happened to slide at the right spot and just hit the sign,” said Cody Driver.

The sign Driver is talking about was put up several years ago when his parents first built their home off C and S Road. The HOA told the Drivers they needed to name their road.

“They came up with all sorts of names like ‘Hillbilly Road’ or ‘Redneck Avenue,” Driver said.

But nothing could top this.

“A dog will lick his butt but won’t eat a pickle road,” Driver said. “I mean c’mon, have you ever seen a dog eat a pickle? From what we’ve seen, they don’t eat pickles.”

It’s not a real road name that is recognized by the City of Fountain, but it sure is famous on the Internet.

“People stop by and take pictures all the time,” Driver said. “This one family from Ohio came out, took pictures with it and drove back to Ohio.”

The sign is now bent and irreparable after the hit-and-run crash but the family plans on putting in a new one soon on their road of C and S Road in Fountain.

“I mean, nobody else has lived on ‘A dog will lick his butt but won’t eat a pickle road,’ it’s kind of a one of a kind thing,” Driver said. 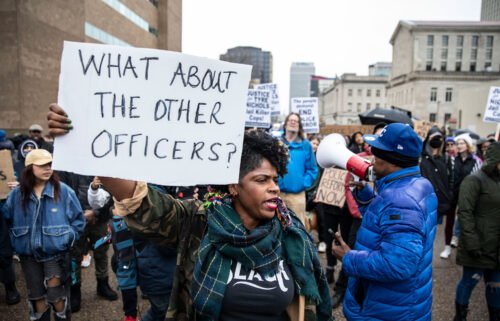