DENVER (Oct. 21, 2019) – Nationwide, more than 60 percent of teens got their driver's license before they turned 18, according to new research from the AAA Foundation for Traffic Safety. That's an 11 percent increase since 2012, likely driven by the nation's continued economic recovery.

The new report reveals a starkly changing trend in teen licensure from initial AAA research in 2012, which indicated teens were increasingly waiting to get their driver's license. At the time, the country was just emerging from a recession and many young people cited their family's inability to afford the high cost of driving as a reason why they did not obtain their license sooner.

"Teen licensing trends have changed a lot over the past decade," said AAA Colorado spokesman Skyler McKinley. "The good news is that many teens are now getting licensed before they turn 18, which means more of Generation Z is learning to drive under the protection of state graduated driver licensing programs and parental supervision."

Past AAA Foundation research found that for every mile driven, new teen drivers between 16 and 17 years old are three times as likely as adults to be involved in a deadly crash. All states have in place graduated driver licensing (GDL) systems for teen drivers ages 16 and 17 to help them gradually learn the rules of the road under less risky conditions. The programs require minimum holding periods and practice requirements for teens with learner's permits, followed by restricted licenses that limit driving at night or with peer passengers.

"That more teens are starting to drive at an earlier age is great news for all drivers," McKinley said. "When teens wait until they're 18 to get their license, they miss out on driver's education, training, and behind-the-wheel experience – putting everybody on the roads at risk."

A previous AAA Foundation study found that drivers first licensed at age 18 are more likely to be involved in a crash resulting in injuries during their first year of solo driving than new drivers licensed at any other age. Nearly 28 percent of young adults in the AAA Foundation survey reported waiting until they were 18 or older to get their license.

"We know what makes drivers safer, and it's simple: Practice," McKinley said. "All new drivers, regardless of age, should practice driving with a skilled coach through a variety of routes and in different weather conditions before heading out on their own. Novice drivers simply shouldn't let the first time that they drive in the rain or on the freeway be at a time when they're alone."

TeenDriving.AAA.com has a variety of tools to help prepare parents and teach new drivers the rules of the road. The online AAA StartSmart program also offers great resources for parents on how to become effective in-car coaches as well as advice on how to manage their teen's overall driving privileges. Novice drivers preparing for the responsibility of driving alone should enroll in a driver's education program that teaches how to avoid driver distraction and other safety schools. Coloradans can find a driving school they can trust at AAA.com/DrivingSchool.

About the AAA Foundation for Traffic Safety
Established in 1947 by AAA, the AAA Foundation for Traffic Safety is a not-for-profit, publicly funded, 501(c)(3) charitable research and educational organization. The AAA Foundation’s mission is to prevent traffic deaths and injuries by conducting research into their causes and by educating the public about strategies to prevent crashes and reduce injuries when they do occur. This research is used to develop educational materials for drivers, pedestrians, bicyclists and other road users. Visit www.AAAFoundation.org.

About AAA Colorado
More than 695,000 members strong, AAA Colorado is the state’s greatest advocate for the safety and security of all travelers. As North America’s largest motoring and leisure travel organization, AAA provides more than 60 million members with travel, insurance, financial, and automotive-related services — as well as member-exclusive savings. A not-for-profit organization since its founding in 1923, AAA Colorado has been recognized as the number one Colorado company its size for its advocacy, community engagement, and corporate social responsibility efforts – and is a proud member of Points of Light’s “The Civic 50 Colorado,” recognizing the 50 most community-minded companies in the state. For more information, visit AAA.com. 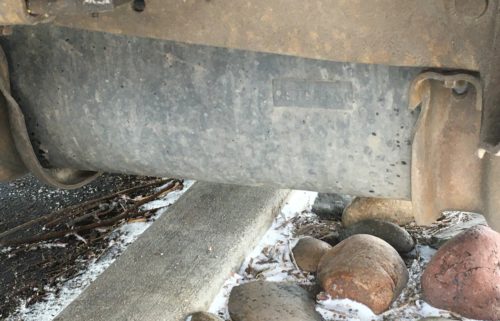