Tyler Weiss scored his second goal of the game with two-tenths of a second left in overtime to lift 11th-ranked Omaha to a 3-2 victory over Colorado College Tuesday night at the Broadmoor World Arena.

Weiss attempted a pass to Joey Abate on a 2-on-1 in the waning seconds of the extra frame, but the puck hit Jack Millar’s stick and went right back to Weiss, who poked it past CC goalie Matt Vernon just before the horn sounded.

Each team attempted three shots during the 3-on-3 overtime period, and the Tigers outshot Omaha, 36-19 for the game.

Weiss opened the scoring when his pass deflected off CC defenseman Zach Berzolla’s stick and the puck went in the net over Vernon’s shoulder at the 5:52 mark of the second period.

Berzolla helped his team even things up at 1-1 with an assist on Ben Copeland’s fourth goal of the season. Copeland took a pass behind the net from Berzolla, circled to the high slot and placed a wrist shot past Omaha goalie Austin Roden at 8:26.

The Tigers kept the pressure on the remainder of the period, outshooting Omaha 17-5 in the frame, but couldn’t take the lead. Millar hit the crossbar at the 10-minute mark and Copeland and Josiah Slavin each had three shots in the second period.

Kevin Conley scored his second goal of the series to put the Mavericks back in the lead at the 7:56 mark of the third, but CC’s Logan Will evened things at 2-2 with a wrister that went top shelf with 9:43 remaining in regulation.

Roden finished the game with 34 saves, while Vernon had 16.

The Tigers travel to Grand Forks, N.D., to take on third-ranked North Dakota on Saturday, Jan. 23 and Sunday, Jan. 24. 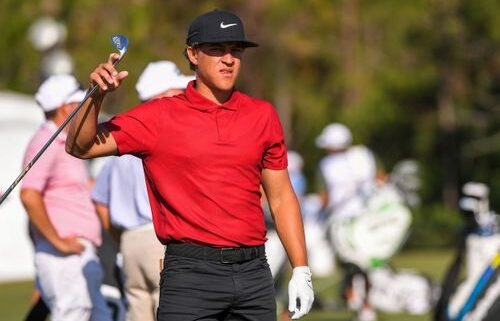