Call it romance. Call it sensuality. Heck, call it old-fashioned lust if you wish.

But whatever you call it, the summer solstice for 2021 is arriving — and it has a history of stirring our hearts and our libidos.

The longest day of the year in the Northern Hemisphere kicks off the official calendar start of summer and with it, the bounty of the harvest. So it should come as no surprise that the solstice is linked to fertility — both of the plant and human variety — in destinations around the world.

CNN Travel explores some of those sensuous, long-standing summer traditions. But first, we’ll take a look at some of the science.

Question: I like precision. Exactly when is the summer solstice in 2021?

Answer: Sorry to complicate things for you, but the date you celebrate this year depends which side of the planet you live on.

It will happen precisely at 03:32 UTC (Universal Coordinated Time) on Monday, June 21. Your time zone in relation to UTC determines the date the solstice happens for you. Here’s how 03:32 UTC lines up with local time in select places around the world:

The website TimeandDate has a handy tool to let you calculate the time for where you live.

Question: It’s the longest day of the year — and it happens all over the world?

Answer: Nope. It’s the longest day only in the Northern Hemisphere. It’s the shortest day of the year south of the equator. Residents of the Southern Hemisphere — in places such as Argentina, South Africa and New Zealand — are about to welcome three months of winter.

And the differences in how much daylight you get become very dramatic as you get closer to the poles and farther from the equator. For instance, residents of northerly St. Petersburg, Russia, will get a 3:35 a.m. sunrise and almost 19 hours of light. Even the night doesn’t get that dark.

In Singapore, a Northern Hemisphere city-state but just barely above the equator, people barely notice the difference. They get a measly extra 11 minutes of daylight.

As for those poor penguins in Antarctica guarding their eggs — if they could talk, they could tell you a lot about living in 24-hour darkness.

Question: Why don’t we just get 12 hours of daylight all year?

Answer: Folks all over the planet actually did get nearly equal doses of day and night back during the spring equinox. But the amount of sunlight we get in the Northern Hemisphere has been increasing daily ever since. Why?

That’s because the Earth is aligned on an axis, an imaginary pole going through the center of our planet. But this axis tilts — at an angle of 23.5 degrees.

“As Earth orbits the sun [once each year], its tilted axis always points in the same direction. So, throughout the year, different parts of Earth get the sun’s direct rays,” according to NASA.

When the sun reaches its apex in the Northern Hemisphere, that’s the summer solstice.

At that time, “the sun is directly over the Tropic of Cancer, which is located at 23.5° latitude North, and runs through Mexico, the Bahamas, Egypt, Saudi Arabia, India and southern China,” according to the National Weather Service.

Now let’s turn our attention to what’s really on our minds: the romantic and sexy side of the solstice. We’ll start in Sweden.

Their traditions include dancing around a maypole — a symbol which some view as phallic. They also feast on herring and copious amounts of vodka (whether that’s romantic or not is probably a matter of personal preference).

“A lot of children are born nine months after Midsummer in Sweden,” Jan-Öjvind Swahn, a Swedish ethnologist and the author of several books on the subject, told CNN before his death in 2016.

“Drinking is the most typical Midsummer tradition. There are historical pictures of people drinking to the point where they can’t go on anymore,” said Swahn.

While the libations have a hand in the subsequent baby boom, Swahn pointed out that even without the booze, Midsummer is a time rich in romantic ritual.

“There used to be a tradition among unmarried girls, where if they ate something very salty during Midsummer, or else collected several different kinds of flowers and put these under their pillow when they slept, they would dream of their future husbands,” he said.

There is a similar mythology about dreaming of one’s future spouse in parts of Greece. There, as in many European countries, the pagan solstice got co-opted by Christianity and rebranded as St. John’s Day. Still, in many villages in the country’s north, the ancient rites are still celebrated.

One of the oldest rituals is called Klidonas, and it involves local virgins gathering water from the sea.

The village’s unmarried women all place a personal belonging in the pot and leave it under a fig tree overnight, where — folklore has it — the magic of the day imbues the objects with prophetic powers, and the girls in question dream of their future husbands.

The next day, all the women in the village gather, and take turns pulling out objects and reciting rhyming couplets that are meant to predict the romantic fortunes of the item’s owner. These days, however, the festival is more an excuse for the community of women to exchange bawdy jokes.

“In my village, the older women always seem to come up with the dirtiest rhymes,” says Eleni Fanariotou, who has filmed the custom. Later in the day, the sexes mingle and take turns jumping over a bonfire.

Anyone who succeeds in jumping over the flames three times is meant to have a wish granted. Fanariotou said the festival often results in coupling.

“It’s a good time to meet someone, because all the young people in the village go, and it’s a good opportunity to socialize. Plus, all the men like to show off, and make the biggest fire they can to jump through.”

In Eastern Europe, the summer solstice is connected with Ivan Kupala Day — a holiday with romantic connotations for many Slavs (“kupala” is derived from the same word as “cupid”). It’s also called Kupala Night (love doesn’t stick to a strict timetable, apparently).

“It was once believed that Kupala night was a time for people to fall in love, and that those celebrating it would be happy and prosperous throughout the year,” recalls Agnieszka Bigaj from the Polish tourist board.

It used to be that young, unmarried women would float floral wreaths in the river where eager bachelors on the other side would try to catching the flowers. she adds.

According to Polish folklore, the man and woman in question would become a couple. Bonfires are also a large feature of the holiday, and it’s tradition for a couple to leap through the flames together while holding hands — if they don’t let go, it is said their love will last.

Neighboring Ukraine celebrates Kupala Night on July 7, according to Timeanddate.com. If you think that’s a bit far away timewise from the June 21 solstice, that’s because of discrepancies between the modern Gregorian calendar now in use by most of the world and the ancient Julian calendar.

Some Eastern Orthodox Churches and holidays still operate on the old Julian calendar, which was established by none other than Julius Caesar himself. On the Julian calendar, Kupala is on June 24. But converted to Gregorian, it falls on July 7. Here’s a handy online Julian/Gregorian converter.

During the celebration, people might sing about love and romance. Some women might wear traditional clothes with embroidery and a wreath of flowers on their head.

It’s not just European cultures that have marked summer solstice over the centuries.

Records from the Song Dynasty (960 to 1279) indicate officials could have three days off during the summer solstice, according to ChinaCulture.org.

It was called “chaojie” and “women gave colored fans and sachets to each other. Fans could help them feel not so hot and the sachets were for driving away mosquitoes and making them smell sweet.”

People in Mohe — the most northern city in China in Heilongjiang province — get to enjoy almost 17 hours of daylight, with sunrise coming at 3:23 a.m.

One of the most notable solstice celebrations in the world traditionally has taken place at Stonehenge in England, where thousands usually gather each year. Like many other events in 2020, they had to change traditions because of the pandemic.

Hopes were high 2021 would be different. But Covid-19 restrictions will still be in place on June 21. So once again, the English Heritage Society is live streaming. You’ll be able to watch sunset on June 20 and sunrise on June 21 at the site of these precisely arranged giant stones.

And talk about a short night. The June 20 sunset is at 9:26 p.m. local time, and sunrise will start at a very early 4:52 a.m. local time, so be sure use an online time zone converter if you want to watch either or both.

Dating back to druid and pagan times, Stonehenge has a mysterious allure.

“All druid rituals have an element of fertility, and the solstice is no exception,” King Arthur Pendragon, a senior archdruid, told CNN. “We celebrate the union of the male and female deities — the sun and the Earth — on the longest day of the year.” 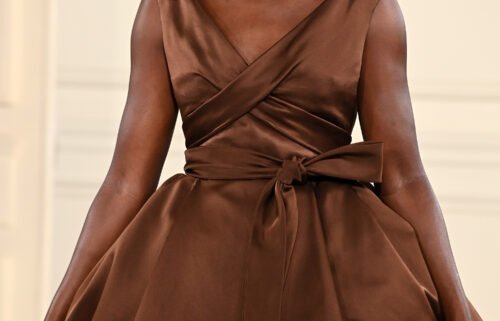 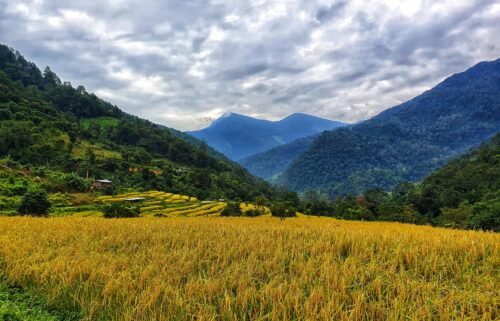 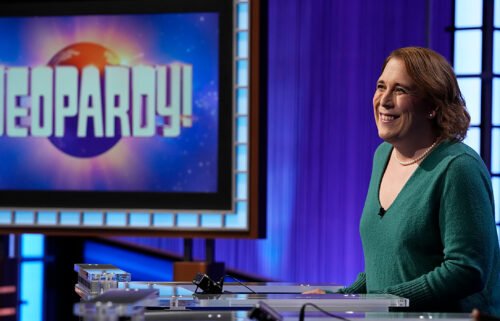