Overview:  Afternoon temperatures should remain near average the next few days, but periods of wind, cloud cover and possibly scattered showers will keep the air feeling pretty cool at times. We should warm briefly starting Tuesday before possibly getting colder again.

Today:   Partly cloudy and breezy with a slight chance that some flurries or brief snow showers may develop over and near the mountains very late in the afternoon with some rain showers possible over the plains. We expect high temperatures to reach the 40s over our local mountain communities with 50s to lower 60s for the plains.

Tonight: Any spotty rain and/or snow showers in the area will come to an end late with the sky becoming partly cloudy. A few mountain communities could possibly receive enough snow to whiten the grass a little. By morning we expect that temperatures will have cooled into 20s and 30s.

Extended:  We'll be partly cloudy and breezy again on Monday with isolated sprinkles/flurries possibly developing over and near the mountains late in the day again and possibly over the far eastern plains too. Tuesday should be sunny, windy and warmer with high temperatures in the 60s and 70s for the plains and 50s for the mountains. Colder air will be very near the area for the rest of the week, but it is difficult to know what the southern extent of this cold air will be on any given day. Although it’s possible that the colder air and precipitation will remain to our north on Wednesday and Thursday, we’re not convinced we can promise that we won't end up cooler than we will be on Tuesday. Right now it does look like rain and snow associated with this colder air should hold off until late Thursday or Friday. We’ll adjust the details of our forecast over the next several days as we become more confident about the southern extent of the shallow layer of cold air later in the week. 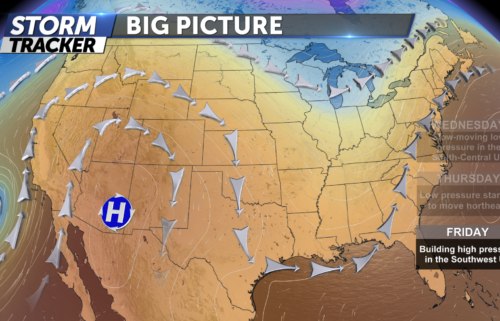 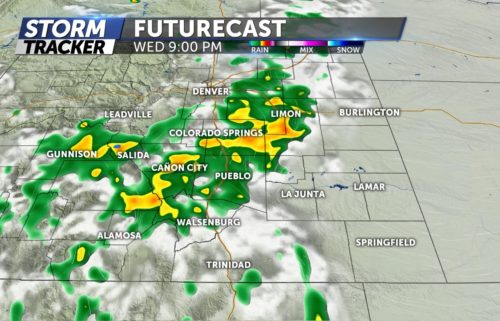 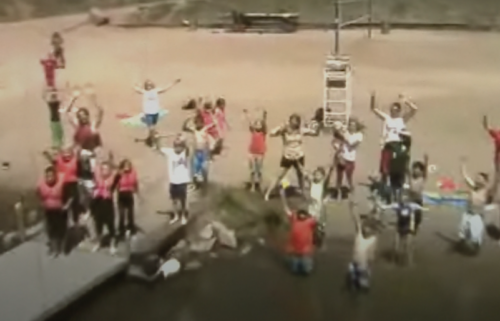