The Supreme Court allowed a Texas law that bars most abortions after six weeks to remain in place for now, but it agreed to hear oral arguments on the law next month.

The law, banning abortions often before a woman knows she is pregnant is in stark contrast to Roe v. Wade, the 1973 landmark decision legalizing abortion nationwide prior to viability, which can occur at around 24 weeks of pregnancy.

In agreeing to hear the case under such an expedited time frame, the court said Friday that it would focus specifically on the unusual way in which the Texas legislature crafted the law. It also said it will review whether the US Justice Department can challenge the law in court.

Texas officials are barred from enforcing it. Instead, private citizens — from anywhere in the country — can bring a civil suit against anyone who assists a pregnant person seeking an abortion in violation of the law.

Justice Sonia Sotomayor criticized her colleagues for once again allowing the law to remain in effect, despite the quick schedule for oral arguments. The expedited schedule, she wrote in a dissent, offers “cold comfort” for women in Texas seeking abortion care “who are entitled to relief now.”

She said “the impact is catastrophic.”

“I cannot capture the totality of this harm in these pages,” Sotomayor said, adding that Texas, “empowered by this Court’s inaction,” has “thoroughly chilled the exercise of the right recognized in Roe.”

“Women seeking abortion care in Texas are entitled to relief from this Court now.,” she continued. “Because of the Court’s failure to act today, that relief, if it comes, will be too late for many. Once again, I dissent.”

The court acted with unusual speed, coming at a fraught time as the court’s new conservative majority seeks to move decisively to the right, while progressive justices are trying to limit the damage and Chief Justice John Roberts is focused at times at more incremental changes and the court’s legitimacy.

On September 1, the Supreme Court agreed to allow the law to go into effect, splitting bitterly in a 5-4 order released late at night on the court’s emergency docket. Liberal Justices Elena Kagan, Stephen Breyer and Sotomayor blasted the timing in a dissent They said the court’s “shadow-docket decisonmaking” had become more “unreasoned, inconsistent and impossible to defend.”

Polls released afterward showed that public opinion of the court had fallen to a new low. Less than one-third of the country believes that the landmark opinion should be overturned.

Friday’s order may have been a compromise of sorts. Sotomayor was the only justice to say that the court should have immediately blocked the law. Kagan and Breyer may have held their fire because they were placated by the fact that the court scheduled arguments so quickly.

Steve Vladeck, CNN Supreme Court analyst and professor at the University of Texas School of Law, said the timing shows justices realize they have to act on the six-week ban even if they’re split on the ultimate fate of Roe v. Wade.

“This is the quickest argument the court will have heard after granting review since 2000, and it suggests that, although the justices may not be sure how they’re going to rule, they understand the urgency of deciding, one way or the other, whether states can so transparently and cynically try to frustrate judicial review of laws that violate existing constitutional rights,” Vladeck said.

In December, the justices are already scheduled to hear a separate dispute concerning a Mississippi law that bars abortion after 15 weeks, in which Mississippi is explicitly asking to overturn Roe.

Impact on ability to obtain abortions

“Texans deserved better than this,” she said in a statement. “The legal  limbo is excruciating for both patients and our clinic staff. We’ve had to turn hundreds of patients away since this ban took effect, and this ruling means we’ll have to keep denying patients the abortion care that they need and deserve.”

In sworn declarations, abortion providers said that the law has had a chilling effect because staff are “plagued by fear and instability,” and they “remain seriously concerned that even providing abortions in compliance with S.B. 8 will draw lawsuits from anti-abortion vigilantes or others seeking financial gain” under the law’s enforcement provision, which offers up to $10,000 in damages.

Providers in neighboring states said under oath that they have been overwhelmed with patients traveling from Texas seeking an abortion. When Judge Robert Pitman of the US District Court for the Western District of Texas temporarily blocked the law earlier this month, he said that from the moment it went into effect, “women have been unlawfully prevented from exercising control over their lives in ways that are protected by the Constitution.”

And in a stark response to the Supreme Court, Pitman wrote: “That other courts may find a way to avoid this conclusion is theirs to decide; this Court will not sanction one more day of the offensive deprivation of such an important right.”

The 5th US Circuit Court of Appeals, however, stayed Pitman’s ruling, allowing the law to go back into effect.

Is the Justice Department allowed to sue?

A key issue in the case is whether the federal government has the legal right or “standing” to bring the challenge at hand. The DOJ says it does, in part, because private individuals bringing suit are acting as agents of the state and the government has the power to protect the fundamental rights of its citizens.

Critics of the law say that it was written specifically to make it difficult to challenge — and if the court did not step in to block such an enforcement mechanism, other challenges could be brought in areas like the gun control.

But Texas Attorney General Ken Paxton told the justices that the federal government doesn’t have the right to step in and sue Texas, when state officials aren’t enforcing the law.

In a filing Thursday, Paxton, a Republican, said that the law does not violate the Constitution “either as it was originally ratified or under current doctrine”

“The idea that the Constitution requires States to permit a woman to abort her unborn child is unsupported by a constitutional text, history or tradition,” he said.

“If Texas is right, no decision of this Court is safe. States need not comply with, or even challenge, precedents with which they disagree, the Justice Department wrote. “On Texas’s telling, no one could sue to stop the resulting nullification of the Constitution. Fortunately, Texas is wrong.”

Attorney General Merrick Garland, testifying on Capitol Hill Thursday, said, “what we’re particularly concerned about is the inability of anybody to challenge what is a clear violation of the Supreme Court’s precedent with respect to the right to abortion because of the way that the law is structured.”

He added: “We can’t have a system in which constitutional rights evade judicial review, whether it’s about abortion or any other right.” 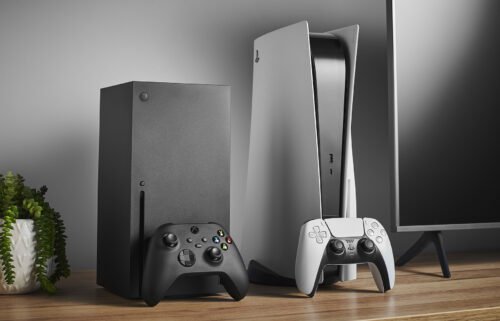