The deceptive ad is from Club for Growth Action, a conservative super PAC that is supporting Republican Sen. Mike Lee of Utah in his re-election campaign. McMullin is Lee’s top opponent; the Utah Democratic Party decided to endorse McMullin, a former Republican and former CIA officer who is running as an independent, instead of nominating its own candidate.

The ad slices and dices McMullin’s comments to try to make him unpalatable to Republican voters. After playing a brief video clip of McMullin appearing on a CNN discussion panel, the ad shows three women watching a screen as McMullin’s voice says, “The Republican base is racist. These bigots.” During this supposed quote, McMullin’s face appears on the screen only as he says the words “is racist.”

One of the women watching McMullin then says, “What Evan McMullin says — that doesn’t feel kind. He’s derogatory towards a huge group of people.”

But the woman was reacting to something McMullin didn’t actually say.

Facts First: McMullin did not utter the phrase “the Republican base is racist.” The Club for Growth Action ad dishonestly edited McMullin’s comments, deleting critical words to make his quote sound more inflammatory than it was. Here’s what McMullin actually said in his CNN appearance, which occurred on the day a neo-Nazi murdered a woman who was protesting a White nationalist rally in Charlottesville, Virginia: “Not all Republicans, of course, are racist; I was raised by Republicans who are not at all, and who welcome Americans of all backgrounds, and are not at all like this — but there is an element of the Republican base that is racist.” McMullin’s use of the phrase “these bigots,” which came a bit later in his CNN remarks, was also a clear reference to a specific segment of the party base, not to the base as a whole.

When one Salt Lake City television station stopped airing the attack ad because of a legal complaint about its contents — the McMullin campaign has sent a legal complaint to various stations that have aired the ad — the Club for Growth sent the station a replacement ad that was more accurate.

McMullin ran for president in 2016 as an independent opposed to Donald Trump, earning more than 21 percent of the vote in Utah while coming third to Trump and Democratic candidate Hillary Clinton. This CNN discussion happened on August 12, 2017, the day a neo-Nazi rammed his car into a group that was protesting a White nationalist event in Charottesville, killing paralegal Heather Heyer and injuring others.

Trump, then the President, received widespread criticism for a statement that day in which he did not mention White nationalism and said instead, “We condemn in the strongest possible terms this egregious display of hatred, bigotry and violence. On many sides, on many sides.”

After saying on CNN that some Republicans are not racist but that “an element” of the base is racist, McMullin added: “And our leaders are afraid to stand up to them, because if they do — if they do so — they’ll be criticized and they’ll potentially lose votes. And so they don’t do it. But that’s not public service, that’s self-service. And we need leaders, especially on the Republican and conservative side these days, who will serve the country. And serving the country means standing up to these bigots.”

A lawyer for McMullin’s campaign sent a letter to Utah television stations calling the ad “deceptive and defamatory” and demanding that they stop running it. At least one station, KSL of Salt Lake City, has agreed to do so; the station is instead running the replacement ad, which omits the “these bigots” comment and quotes McMullin as saying “an element of the Republican base is racist” rather than just “the Republican base is racist.” (The replacement ad still changes McMullin’s grammar a bit, and it leaves out McMullin’s preceding comments about the existence of welcoming and non-racist Republicans, but we say the revised version is fair game.)

This is not the first time during the midterm election that a Club for Growth Action attack ad has deceptively edited someone’s remarks. In December 2021, CNN fact-checked the group’s slice-and-dice job against a candidate running in a Republican Senate primary in North Carolina.

The Club for Growth Action did not respond Monday to a request for comment from CNN. 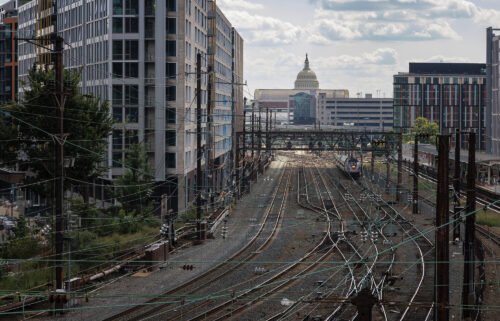