President Joe Biden laid out areas of potential compromise to his massive 10-year spending plan during a speech on Friday at a child care center in Connecticut.

“I’m convinced we’re going to get this done,” Biden said of the ongoing negotiations during the first stop of his trip in Hartford. “We’re not going to get $3.5 trillion. We’ll get less than that. But we’ll get it. And we’ll come back and get the rest.”

Earlier in the speech, which was aimed at highlighting his administration’s childcare proposals in the plan, Biden also suggested free community college may be an area that gets cut.

“I don’t know that I can get it done, but I also have proposed free community college, like you’ve done here in the state of Connecticut, to help students from lower-income families attend community college (and) four-year schools.”

The President argued that the US “cannot be competitive in the 21st century in this global economy if we fail to invest.”

“I wanted to come here today because too many folks in Washington still don’t realize it isn’t enough to just invest in our physical infrastructure. We also have to invest in our people,” he continued.

“Seeing children and educators here at this center is a perfect reminder about what our families need, and our economy needs so badly to be able to thrive,” Biden said.

During his speech, the President also recalled the challenges of becoming a single father after his first wife and daughter died in a car crash.

“It made me realize how difficult it is for a vast majority of people who need help,” Biden said. “I am lucky. I had a mother who was nearby, a sister — who’s my best friend, who quit her job temporarily … most people don’t have that option.”

While in Connecticut, Biden also attended a dedication ceremony later Friday at the Dodd Center for Human Rights at the University of Connecticut. The center is named after Nuremberg prosecutor and former US Sen. Thomas Dodd and his son, former US Sen. Chris Dodd — Biden’s longtime friend and peer in the Senate.

It was expected that Biden would see every member of the Connecticut congressional delegation during the trip, as well as Connecticut Gov. Ned Lamont and US Sens. Richard Blumenthal and Chris Murphy, according to the White House.

Ahead of his departure to Connecticut, Biden refrained from speaking with reporters — a pattern that has played out over the last week. A senior administration official indicated that the President’s mum behavior was to avoid saying something that could jeopardize negotiations with Congress to secure a deal for his legislative priorities.

But Biden later spoke to reporters as he left Connecticut Friday evening, telling members of the press that he’s aware it’s unlikely Congress will pass his administration’s full $3.5 trillion reconciliation proposal. He also indicated he remains hopeful his legislative priorities will eventually pass.

“Look, it’s clear that it’s not going to be $3.5 trillion. The question is, how much of what is important will we get into the legislation?” Biden said. “I’m of the view that it’s important to establish the principle on a whole range of issues without guaranteeing we get the whole ten years.”

He continued, “What happens is, you pass the principle, and you build on it, decide if it works or it doesn’t work. And I’m convinced that’s why I think we see so much support, even from the folks that are holding out for the child tax credit.”

The Virginia gubernatorial race in particular has put the President’s economic agenda in focus. Democratic candidate and former Virginia Gov. Terry McAuliffe said last week on CNN’s “State of the Union” that Democrats need to pass Biden’s agenda to show voters that Democrats can get something done for voters. McAuliffe also downplayed previous remarks that he made stating Biden is dragging down Democratic candidates because his agenda is stalled on Capitol Hill.

When asked about the race, Biden told reporters, “I think everybody understandably reads the two gubernatorial off-year elections as being a bellwether of what may happen. Sometimes it’s been right, sometimes it’s been wrong. I think Terry’s going to win — if he doesn’t win, I don’t know how much you read into that, but, you know, I think he’ll win.”

White House principal deputy press secretary Karine Jean-Pierre declined to say earlier Friday whether the Connecticut trip, focused in part on childcare, is indicative of concern from the White House that the childcare provisions in the social safety net expansion package could be slimmed down during negotiations.

Jean-Pierre also would not answer whether Biden would sign a bill that did not include a part of his childcare components.

White House officials have started signaling that they are ready to see movement on the reconciliation package soon, though CNN has reported that a deal on the party’s sweeping economic package “is far from secured.”

Biden has spoken privately to the two leading Democratic moderates who are at the center of his stalled agenda in Congress, but aides have declined to detail his latest talks with West Virginia Sen. Joe Manchin or Arizona Sen. Kyrsten Sinema.

On Friday evening, the President declined to say which lawmakers he’s been speaking to this week.

“That wouldn’t be appropriate. Negotiations are still going on. There has been progress, but we’ll continue talking to folks today and tomorrow, and on Monday.”

Pressed later Friday for a message to Manchin and Sinema, Biden told reporters at the White House, “I’m about to deliver it.”

Three congressional sources told CNN on Friday night that the Clean Electricity Performance Program, the cornerstone climate policy in Democrats’ sweeping package, will likely be dropped from the final budget deal after pushback from Manchin.

This story has been updated with additional details Friday. 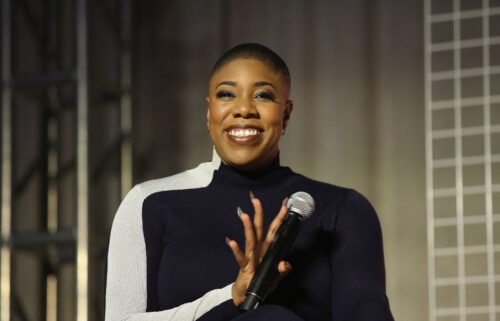 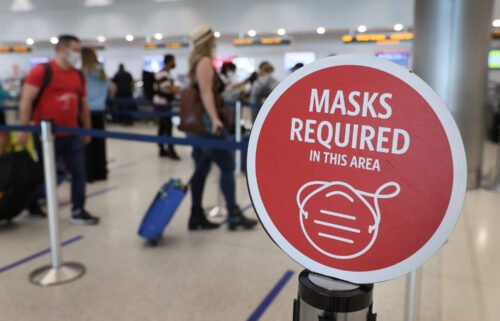