New York Rep. Elise Stefanik, a staunch defender of former President Donald Trump, is working behind the scenes to lock down enough support to replace Rep. Liz Cheney as the No. 3 in GOP leadership, multiple Republican sources said, moving swiftly to clear the field to ascend to the powerful position.

“The fix is in,” said one Republican lawmaker who spoke to Stefanik on Tuesday.

So far, no GOP challenger to Stefanik has emerged — and at least two potential candidates have indicated they won’t mount bids, increasing the likelihood that Stefanik will take the influential position. And members of the House GOP leadership are quietly backing Stefanik’s ascent to the post, the sources said, a rapid turn of events amid Cheney’s bitter feud with Trump, which has left her increasingly isolated in the House GOP conference.

Stefanik has been working the phones throughout the day on Tuesday and has enlisted Republican Rep. Guy Reschenthaler of Pennsylvania to make calls on her behalf, multiple sources said. A vote on Cheney’s future and replacement is expected as soon as May 12.

“The field is clear for her at the moment,” said another House GOP source who asked to talk anonymously to discuss sensitive internal politics.

Stefanik, who represents a district in upstate New York, emerged as a fierce Trump backer and won the accolades of the then-President during his first impeachment proceedings. While Cheney voted against Trump’s first impeachment on charges of abusing his office and obstructing Congress, she voted to charge him with inciting the January 6 insurrection during his second impeachment proceeding. Stefanik stood by Trump on both impeachments and also joined her colleagues in signing onto a Texas lawsuit seeking to invalidate millions of votes in the 2020 election that was eventually thrown out by the Supreme Court.

Cheney has been vocal about the “Big Lie” and has warned Republicans about the dangers to American democracy if they echo Trump’s claim that President Joe Biden was not legitimately elected. But her public feud with the former President has her GOP critics accusing her of mounting a personal crusade that has distracted from their goal of taking back the congressional majority next year.

Several sources tell CNN that while outreach and discussions are still in the early phases, there is a recognition that Stefanik would be a natural fit for the post as someone who is both close to House Minority Leader Kevin McCarthy and has done considerable fundraising on behalf of fellow members in the party, especially female candidates.

Stefanik’s rapid rise behind the scenes has been bolstered, Republican sources say, by McCarthy himself, who has made it clear to members that she would be a strong fit for the role, all but assuring that Stefanik will ascend to the post. House Minority Whip Steve Scalise publicly endorsed Stefanik for the role Wednesday morning, his spokeswoman said. His support was first reported by Punchbowl News.

While it’s still not clear when a meeting on whether to oust Cheney would be held, by laying the groundwork now for her replacement, several GOP aides argue McCarthy is trying to get the conference to a place where it can quickly come back together after a rocky few weeks.

McCarthy has been in touch with Trump recently about the effort to oust Cheney, senior Trump adviser Jason Miller told CNN.

There are several signs that Stefanik is consolidating support. One is that Indiana Rep. Jim Banks, who was viewed as a potential candidate for the job, told several outlets including that he would not mount a bid for the spot, opting to stay the head of the conservative Republican Study Committee instead.

“I’m focused on RSC chair,” Banks said. “Might run for something else next term but not willing to give that up yet.”

Rep. Ashley Hinson of Iowa, one of the Republican women who was floated by her colleagues as a potential replacement for Cheney, is also not interested in the job, a source close to her told CNN. “She is purely focused on serving IA-01 and locking down her own seat. She has no interest in pursuing a leadership position at this time,” the source tells CNN.

Indiana Rep. Jackie Walorski, who is also viewed as a possible contender for the job, has yet to indicate what she will do, and her office didn’t respond to an inquiry from CNN.

Rep. Mike Johnson, a Louisiana conservative, also has been rumored to be a potential candidate. But so far there’s been no sign that he is actively campaigning for the role, and a spokesman didn’t respond to requests for comment on his interest in the post.

But Republicans recognize the optics of replacing Cheney with a man, and top members of the conference would prefer that a woman emerge in the No. 3 position — particularly one like Stefanik, who is unlikely to cause internal backlash.

“She reached out to me and other members today and is working to whip votes,” the lawmaker said of Stefanik on Tuesday. “She is very careful not to say anything negative about Liz, but I mean Jim Banks getting out says a lot.”

The Republican member also said that some members of leadership “are calling and lending their support to Elise,” hammering home the point that Stefanik is emerging as the chosen one to replace Cheney.

Aides and members have told CNN that they believe it is important to continue having a woman serve in the position given that it’s such a public-facing role.

“I reject wholeheartedly identity politics. That said, clearly a leadership team is strongest when it has diversity,” a lawmaker said. “In my office, I would be embarrassed to have my top four or five leaders all be of one gender or the other.”

For her part, Stefanik has gained a lot of popularity within the conference for her efforts to help expand the party’s outreach to women and female candidates. She’s also seen as one of the conference’s leaders in small-dollar fundraising, a tool that became a major booster during the Trump years.

One source told CNN that Stefanik’s efforts to help members expand their own outreach in that area hasn’t gone unnoticed.

But perhaps the clearest sign that Cheney could be ousted from her post is that even her allies have not rallied behind her to push back against her increasingly vocal opponents.

A Republican lawmaker who plans to support Cheney when her position comes to a conference vote admitted to CNN, “She does not survive.”

“I haven’t talked to anyone in the last three days who will stick their neck out for her,” the lawmaker said. “Even those who like Liz and agree with her think the current situation is untenable.”

This story has been updated with additional reporting Tuesday. 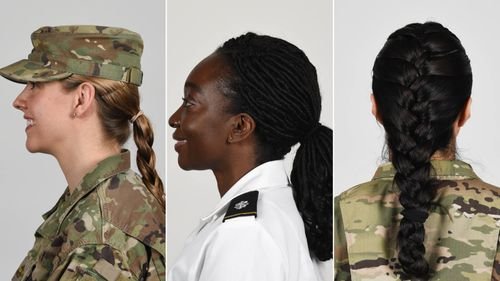 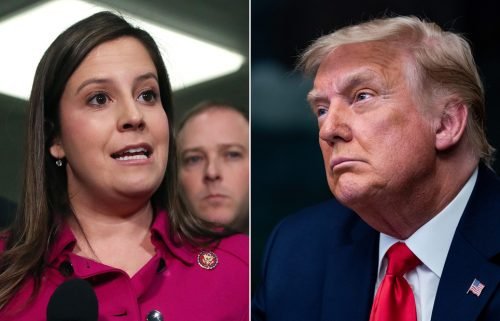