President Joe Biden’s core pledge to promote national unity is headed for its first real challenge this week as his nascent administration faces down a host of tough political realities.

Beyond negotiations over Covid-19 relief and the terms of former President Donald Trump’s impeachment trial (more on those in a minute), Biden’s team is moving toward additional confirmation hearings for his Cabinet — and pressing ahead with policy changes by executive action.

Here’s a look at the week ahead:

Biden’s nominee to head the Environmental Protection Agency, Michael Regan, is set to have his own confirmation hearing before the Senate Environment and Public Works Committee.

Biden’s nominee for labor secretary, Boston Mayor Marty Walsh, has his confirmation hearing before the Senate Committee on Health, Education, Labor and Pensions.

Labeled “Jobs Day” at the White House, Psaki said Biden will deliver remarks about the economy.

Ten Republican senators announced plans to unveil a roughly $600 billion Covid-19 relief package as a counteroffer to the $1.9 trillion plan Biden has outlined.

The Republican proposal represents the most significant response yet to the White House’s planned package, though with a price tag more than a trillion dollars less than the Democratic plan, the GOP proposal will likely face opposition from congressional Democrats.

Biden is open to some negotiation on the relief package, a senior administration official said. The White House would be open to considering scaling down stimulus checks for families making more than $150,000 per year, the official said. Read more from CNN’s Pamela Brown and Caroline Kenny.

Senate Majority Leader Chuck Schumer told the New York Daily News Sunday that the Republican proposal is insufficient, stating that Republicans should “negotiate with us, not make a take-it-or-leave-it offer.”

But Vermont Sen. Bernie Sanders said that he thinks there are enough Democratic votes to pass Biden’s relief package through a process known as reconciliation.

“All of us will have differences of opinions, this is a $1.9 trillion bill, I have differences and concerns about this bill, but at the end of the day we are going to support the President of the United States,” the incoming chairman of the Senate Budget Committee said when asked during an interview with ABC News.

The political reality: Any bipartisan plan will likely lose votes on the Democratic side, meaning for every progressive senator against the proposal, they’d need another Republican supporting it. Still, this idea of putting two plans side by side is one that aides and members have been discussing for several days as a way to force the conversation back to a bipartisan place.

Trump’s five impeachment defense attorneys left a little more than a week before his trial is set to begin, according to people familiar with the case, amid a disagreement over his legal strategy.

CNN’s Gloria Borger, Kaitlan Collins, Jeff Zeleny and Ashley Semler were first to report: Butch Bowers and Deborah Barbier, who were expected to be two of the lead attorneys, are no longer on the team. A source familiar with the changes said it was a mutual decision for both to leave the legal team. As the lead attorney, Bowers assembled the team.

But, as CNN’s Maeve Reston notes, even as Trump scrambles to rebuild a defense team, he still benefits from an unfaltering loyalty from the GOP: After a brief flirtation with reason and sound judgment in the weeks following the January 6 siege at the Capitol, the Republican Party has decided to honor their deep and often blind allegiance to Trump, choosing to overlook his role in inciting the deadly insurrection rather than pay the price of crossing him and his base next year at the ballot box.

The US Covid-19 death numbers are still horrific. A rapid variant spread could push our numbers even higher. And vaccine skepticism remains a looming issue.

But for the first time in a long time, there is also some real reason for hope.

Hospitalizations are down. Covid-19 hospitalizations in the US dropped below 100,000 for the first time in nearly two months, according to data from the COVID Tracking Project.

Vaccination pace is picking up considerably. More than 31 million vaccine doses have been administered nationwide, according to CDC data. That’s a jump of about 1.5 million administered doses since Saturday.

And more help could be here very soon. Johnson & Johnson is expected to apply to the US Food and Drug Administration this coming week for emergency use authorization. The single-shot vaccine was 72% effective against moderate and severe disease in the US, the company said.

Expect to see more masks as you travel. An order issued by the CDC requiring people to wear masks while using any form of public transportation in the US will go into effect tomorrow night.

The agency said public transportation operators must use best efforts to enforce the mandate, including only boarding those wearing masks and disembarking passengers who refuse to comply.

The bottom line: Deaths would stay lower if Americans simply wore masks and stayed home more. The Institute for Health Metrics and Evaluation predicts if most people followed social distancing and masking guidelines 30,000 fewer people would die by May 1. 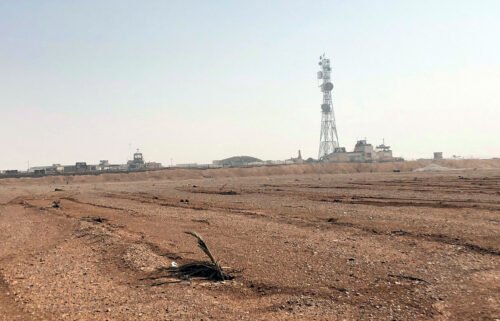