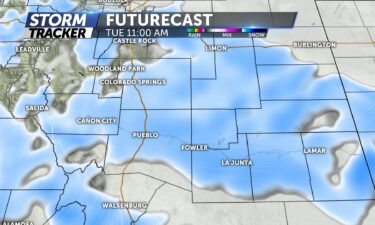 Former Attorney General Jeff Sessions knew early on migrant families would be separated when the Trump administration implemented its controversial “zero tolerance” policy and still proceeded to push for the policy, according to a scathing report from the Justice Department inspector general released Thursday.

At one point, Sessions emphasized to US attorneys that “we need to take away children,” according to notes from the call cited in Thursday’s report.

“[T]he Department’s single-minded focus on increasing prosecutions came at the expense of careful and appropriate consideration of the impact that prosecution of family unit adults and family separations would have on children traveling with them and the government’s ability to later reunite the children with their parents,” the inspector general wrote.

Lawyers are still unable to reach the parents of 611 children who had been split from their families by US border officials between 2017 and 2018, according to a Wednesday court filing.

In 2018, the Trump administration announced the so-called “zero tolerance” policy, in which the Justice Department criminally prosecuted every adult accused of illegally crossing the border. Doing so resulted in the separation of families, including those with infants, some only a few months old, because children can’t be kept in federal jail with their parents.

This week, Trump visited his signature border wall on the US-Mexico border, bookending his administration’s focus on immigration. During a brief speech near the wall, Trump listed off a series of those policies, citing them as accomplishments and calling them “historic.” He did not mention family separation.

But the “zero tolerance” policy has come to encapsulate the lengths the Trump administration is willing to go to in order to deter migrants from coming to the US, regardless of their circumstances, and the disarray that ensues when agencies are unprepared.

“The barbaric family separation practice was immoral and illegal. At a minimum, Justice Department lawyers should have known the latter. This new report shows just how far the Trump administration was willing to go to destroy these families,” said ACLU lawyer Lee Gelernt, the lead attorney in the family separation lawsuit, in a statement Thursday.

One draft talking point prepared for Sessions ahead of a May 2018 White House meeting read: “An illegal alien should not get a free pass just because he or she crosses the border illegally with a child.” The talking points also cited an initiative that led to the separation of approximately 280 families, saying that it “worked,” even though it had generated concerns from prosecutors, judges and officials.

More than 5,000 families had already been separated at the US-Mexico border between 2017, when a pilot initiative kicked off, and 2018, when the policy was announced, according to the American Civil Liberties Union.

Sessions declined to be interviewed by the inspector general.

Early concerns were ignored at DOJ

Thursday’s report provides a thorough accounting of US attorneys caught unaware — and unprepared — for the policy change, and underscores the push by top Trump officials, citing migrant caravans, to press forward despite known concerns over the prosecution of families.

In August 2017, during the pilot initiative in El Paso, Texas, the deputy criminal chief emailed acting US Attorney Richard Durbin, expressing concerns raised by defendants and a judge, including situations where breastfeeding moms were taken away from their infants.

“We have now heard of us taking breast feeding defendant moms away from their infants, I did not believe this until I looked at the duty log and saw the fact we had accepted prosecution on moms with one and two year olds,” the deputy criminal chief wrote.

“The next issue is that these parents are asking for the whereabouts of their children and they can’t get a response, the courts are turning to us for help with providing contact information to defense counsel,” he added.

In 2018, the Trump administration moved forward with the so-called “zero tolerance” policy, but US attorneys charged with prosecuting individuals referred by the Department of Homeland Security for illegally crossing the southern border had not received guidance about the policy change from DOJ headquarters until after it was made.

The primary concern held by the attorneys, according to an email obtained by the inspector general: What was happening with the children?

On May 11, 2018, days after the policy had taken effect, Sessions held a conference call with the attorneys. During that call, Sessions told US attorneys “we need to take away children,” according to notes from the call cited in Thursday’s report.

Sessions also led attorneys to believe that prosecutions would be swift and followed by reunification. That was not the case. The Justice Department inspector general found that department leaders were notified, during implementation of the policy, that the average time a defendant remained in DOJ custody was three to seven days.

Rod Rosenstein, then the deputy attorney general, told the IG he also reached out to US attorneys and “that the focus of these calls was to ensure that the U.S. Attorneys were fully engaged on immigration prosecutions” and that they understood how significant the policy was to Sessions.

According to a summary of a call Rosenstein held with US attorneys, Rosenstein, “instructed that, per the [Attorney General’s] policy, we should NOT be categorically declining immigration prosecutions of adults in family units because of the age of a child.”

Rosenstein rejected that characterization. “Since leaving the Department, I have often asked myself what we should have done differently, and no issue has dominated my thinking more than the zero tolerance immigration policy. It was a failed policy that never should have been proposed or implemented,” he said in a statement to CNN.

Beyond a lack of planning between agencies involved in the apprehension and care of migrants, DOJ also didn’t plan for the operational, resource, and management impacts associated with an increase in immigration prosecutions, according to Thursday’s report.

The US Marshals Service, for example, didn’t have the opportunity to address housing needs for an increased number of defendants until after Session’s April 2018 announcement.

The inspector general report cites an email to staff in mid-May from a USMS supervisor in the Southern District of California that reads: “Our manpower has been completely depleted…we are in ‘crisis mode,’ ‘critical mass’ ‘DEFCON 1’ or however you want to phrase it.”

Since the Trump administration backtracked its “zero tolerance” policy, migrants have faced insurmountable challenges to claim asylum, have been required to stay in Mexico in deplorable conditions for their immigration hearing in the United States and have been swiftly returned after being encountered at the southern border as a result of a public health order linked to the coronavirus pandemic — to name a few.

President-elect Joe Biden has pledged to undo Trump’s policies and form a task force that will focus on reuniting separated families. Immigrant advocacy groups, who for years scrambled to identify and reunite families separated at the US-Mexico border, have met with the Joe Biden transition team on family separation and next steps.

Alejandro Mayorkas, Biden’s pick to lead the Department of Homeland Security, has also met with immigration leaders. Speaking virtually at an American Business Immigration Coalition summit last month, Mayorkas nodded to the restrictionist policies of the Trump administration, saying that “we must stop vilifying these communities,” and he cited the family separation policy.

“There is no more powerful and heartbreaking example of that inhumanity than the separation of children from their parents,” he said. 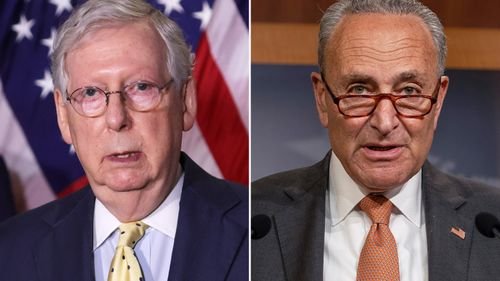 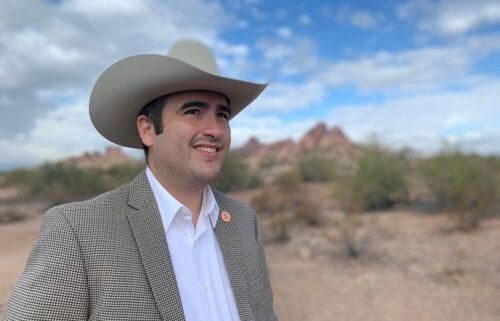