COLORADO SPRINGS, Colo. (KRDO) -- The possibility that the alleged shooter at Club Q this weekend might also target the city's other gay club was enough for Icons, on Bijou Street downtown, to take steps to protect its customers.

The staff at Icons confirmed Monday that they went into lockdown in the immediate aftermath of the Club Q shooting that resulted in five deaths and 18 injuries.

"Y'all be safe and thank you for getting us all out safely," one customer posted on the Icons Facebook page.

Another customer posted, "Thank you for responding quickly and keeping us all safe."

Icons also closed Sunday, out of respect for the victims; a post on its Facebook page announced that it reopened Monday.

"It's impossible to know how to respond at a time like this, but we feel it's important to be together," the post reads.

Zachary Janzen, a singer at the bar, said that he first learned of the tragedy while in the middle of a somg around midnight.

"One of my co-workers came up and told me in my ear while I was singing, that a situation had happened and we needed to get everybody out of here," he explained. "I never really feared for my safety before but I do now."

"I went and called our owners, and said that we're going to shut it down," he said. "We started that process of, very calmly and collected, getting people out of here. That whole process took about ten minutes."

April, a customer that night who declined to say her last name, said that she was dancing with a group of friends when the staff began lockdown procedures.

I was scared right off the bat," she said. "I waited for another group of girls to leave. They gave me a ride to my car, and I ended up driving over to Club Q to see what was going on."

The Club Q shooting has led many gay clubs across the country to hire security for the first time, or increase security, in hopes of preventing similar tragedies in the future.

"We are talking with various groups of security teams, trying to figure out the best way to move forward," he said. "Do I think I will hire private security? Certainly in the near future. I think we have to." 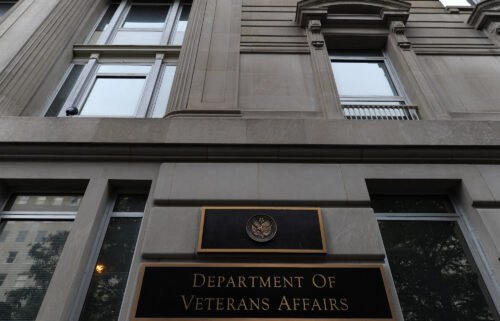