The CSP said that just before 8 p.m. Tuesday, a 52-year-old man died after being hit by an 18-wheeler on southbound Interstate 25 near mile marker 93, just south of the Pueblo city limits.

According to the CSP, the victim was walking in the right lane of traffic and the driver was unable to avoid hitting him.

The victim died at the scene, and the driver was not hurt; the victim's name and place of origin haven't been released.

"It makes you wonder why he was out there, at night, in the dark, actually walking on the highway," said Sgt. Franklyn Ortega, of the Pueblo Police Department.

While state troopers respond to most pedestrian highway incidents, Ortega said that Pueblo officers and firefighters respond to incidents on sections of highways that flow through town.

"We've had nine of those deaths in the past three years," he said. "There's not much common about them. They happen at different times, in different locations -- but mostly, they happen while someone is trying to cross a highway. The four deaths we had last year were all during the fall. I can't explain the reasons for that."

Fire Capt. Woody Percival said that recent victims have been homeless or transients, were walking to get help after their vehicle broke down, or were trying to take a shortcut.

"Usually, when it happens, it's not because someone is walking along the highway -- as you might see in a State Patrol incident," he said. "But drivers aren't used to seeing pedestrians on a highway, and at the high speeds of traffic, it can quickly become a very bad situation."

"When you unexpectedly see a pedestrian on a highway, a driver's first instinct is to wonder who it is and why they're there," he said. "That can cause a driver to actually travel toward the pedestrian. And things can get worse if a driver is distracted by a cell phone, kids or pets in the vehicle or something else."

KRDO NewsChannel 13 met Lee Yates, a man who is on a self-described "spiritual journey" to walk from Montana to Texas, and was walking along I-25 just a few miles north of Tuesday's fatal accident.

"I hadn't heard about the increase in pedestrian highway deaths," he said. "A state trooper brought it to my attention and advised me to be careful . I always try to be. You know, freedom isn't free and I don't think it's even right that the government says you can't walk on the freeway. My tax dollars build freeways, repair highways and pay highway patrols."

However, after walking a few miles further, Yates was walking along an outer road parallel to I-25.

Tuesday's fatality happened a day after the State Patrol reported 157 highway crashes involving pedestrians -- most of them fatal -- between 2019 and 2021, and a 53% increase last year.

Troopers said that I-25 had the highest number of such incidents, with U.S. 50 tied for fifth.

"I'm surprised there are so many," Percival said. 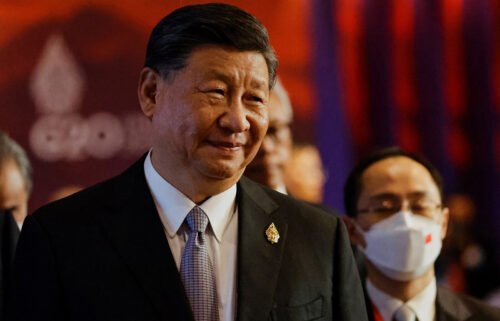