Sam's Smoke Shop And Hookah, located at Star Ranch Road, had their window smashed in. At this time, it's unknown if any items have been stolen from the store.

CSPD says around 11:15 p.m. Saturday, they received a call about a robbery alarm set off at a gas station at 1765 Briargate Boulevard. Officers say a suspect broke a window to enter the Valero gas station. In a police report, officers say "at the time of this entry, it is unknown what was taken."

One hour later around midnight, CSPD received reports of another burglary alarm being activated in the 1400 block of Harrison Road, near Lake Avenue and I-25. Suspects robbed a 7-11 and took an unknown amount of cash while brandishing a hammer. The suspects fled that scene before officers got there.

If you have any information about these crimes, you are asked to call the Colorado Springs Police Department at 719-444-7000 or Crime Stoppers at 719-634-STOP. 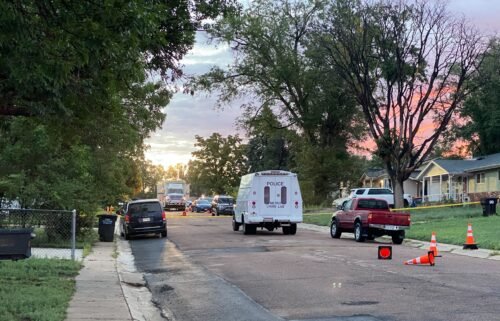