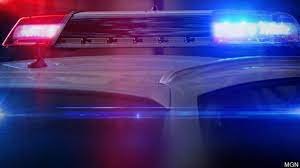 CSPD says the four people were arrested for unlawful behavior. The charges include blocking traffic and interference.

In a tweet, police write, "Because we fully believe and support our community’s right to protest peacefully and legally, officers proactively spoke with demonstrators this morning before their demonstration to inform them of what is and is not lawful during a peaceful protest."

Officers say they gave several verbal warnings before any arrests were made, and demonstrations continued.

They temporarily blocked a part of Nevada Avenue for the demonstrators and community's safety and subsequently made arrests.