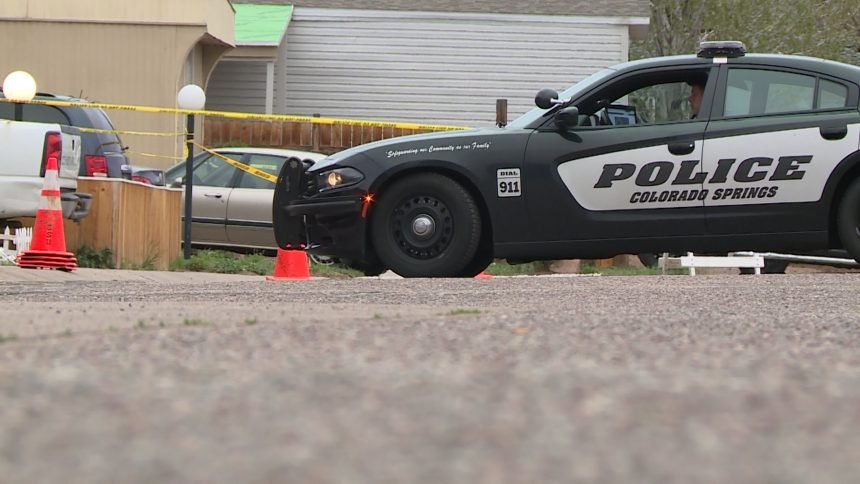 COLORADO SPRINGS, Colo. (KRDO) -- The Colorado Springs Police Department says they received a report of a shooting at a residence in the 2800 block of Preakness Way, at the Canterbury Manufactured Home Community, just west of the Colorado Springs Airport.

CSPD received reports around 12:18 am. When officers arrived, they found six deceased adults inside the residence.

One adult victim was transported to a local hospital, where they died from their injuries. In total, seven people have been pronounced dead, including six victims and one suspect.

According to CSPD, it appears that a birthday party was being held at the trailer in the 2800 block of Preakness Way for one of the victims. Friends, family, and children were gathered inside the trailer to celebrate when the shooting occurred.

The suspect, a boyfriend of one of the female victims, drove to the residence, walked inside and began shooting people at the party before taking his own life. This horrific act has resulted in the death of seven adult victims. The children at the trailer were uninjured by the suspect and are now with relatives. Officers are still investigating what may be the motive.

CSPD says the names of the victims and the suspect will be released at a later date once the Coroner has made an official identification of the deceased and determined the cause and manner of death.

Governor Jared Polis released a statement in response to the shooting Sunday:

“The tragic shooting in Colorado Springs is devastating, especially as many of us are spending the day celebrating the women in our lives who have made us the people we are today. Multiple lives were taken today by this terrible act of violence. Families torn apart, and at a birthday party no less. My deepest condolences and prayers are with the victims, their families, and everyone else impacted by this tragedy.”

The El Paso Board of County Commissioners released the following statement in response to Sunday's shooting in Colorado Springs:

“El Paso County is devastated by the senseless act of violence carried out last night resulting in the death of innocent citizens at a birthday party. We offer our sincere prayers to the families of the victims, the first responders, and those in law enforcement who must investigate this tragic crime. We pray for peace and healing within our community. We stand ready to offer any support to our brothers and sisters in the City of Colorado Springs,” Board Chair, Stan VanderWerf said.

“Today we find ourselves mourning the loss of lives and praying solemnly for those who were injured and those who lost family members in a senseless act of violence on Sunday morning. We think too of the emergency personnel who responded to a horrific scene and we keep them in our prayers today.

Colorado Springs Police Chief Vince Niski says, “Words fall short to describe the tragedy that took place this morning. As the chief of police, as a husband, as a father, as a grandfather, as a member of this community, my heart breaks for the families who have lost someone they love and for the children who have lost their parents. From the officers who responded to the shooting to the investigators still on scene, we are all left incredibly shaken. This is something you hope never happens in your own community, in the place that you call home. When these types of unspeakable acts happen, there is nothing that can be done to fully rebuild what was lost or replace those who are no longer with us. My vow to this community and to the families who have lost someone today, is that this department will do everything we can to find you the answers you deserve and be here for you with an unwavering support.”

This is being investigated as a homicide and continues to be an active investigation.