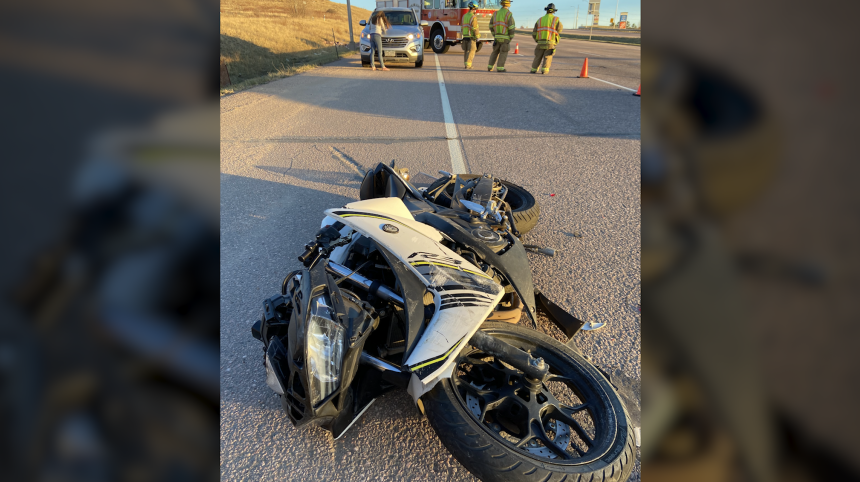 COLORADO SPRINGS, Colo. (KRDO) - One man who was hit by a car while riding his motorcycle last Sunday is now calling for accountability.

Frank Walton Jr. told KRDO he was riding his motorcycle to his friends house around 5:00 p.m. when a car pulled over with its hazards on jetted out across multiple lanes, trying to make a U-turn near Woodmen and Powers.

"I do actually remember every little part of it, flipping over the car and landing back in the middle of the road and everything," Walton told us.

Luckily, he wasn't banged up too bad.

Now, he's just hoping the person who hit him and took off owns up.

"I just want to know why? Why not stop? Why not make sure somebody was okay?" he explained. "I just want them to step up at the end of the day and accept what they have done."

Walton told KRDO the suspect was driving a tan Toyota with duct tape on the back windshield. If you have any idea where that car or driver is, you're asked to call police.