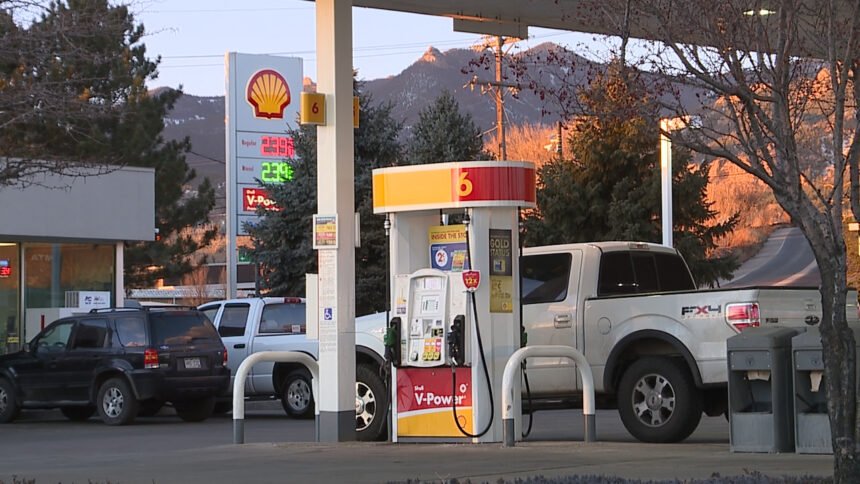 COLORADO SPRINGS, Colo. (KRDO) -- While gas prices are cheaper year-over-year, the national average increased by two cents on the week and is now 17 cents more expensive than last month.

Skyler McKinley, Director, Public Relations & Government Affairs for AAA said, “I can tell you that this line in the sand, February 2021 is when prices will start inching their way upward and they will probably keep doing that into 2022.”

And the national average continued to climb this past week despite a drop in gasoline demand and refinery utilization. Typically, a decrease in demand mixed with an increase in supply drives a decrease at the pump, but sustained crude oil prices are pushing an increase.

“The price of crude is increasing for some geopolitical reasons. The oil cartels are cutting production and that also includes Russia, also in the United States the Democrats have taken control of Congress and the presidency and they are going to be more alternative-fuel friendly,” said McKinley.

However, McKinley says we should consider ourselves lucky that we live here in Colorado.

“We’re ahead of the curve right now, I will say prices will catch up. Colorado is typically right level at the national average and we got a relatively cheap gas tax, so we aren’t going to see price jumps north of three dollars for quite some time.”

And as we see a gradual increase in demand due to Covid-19 vaccines continuing to roll out, McKinley says gas prices will only further increase from here.