HUERFANO COUNTY, Colo. (KRDO) -- A new public ski area is scheduled to reopen next season -- on the same site where a previous ski resort closed 20 years ago.

The Cuchara Ski Resort operated from 1981 to 2000 during a period of several owners. Some local leaders said that the lack of snow, the remoteness of the area and the resort being operated more as a development property are among the reasons it closed.

"This area is becoming more popular for tourists," said Jim Littlefield, member of the Panadero Ski Corporation and the Cuchara Mountain Park Advisory Council. "And it's about as close to Colorado Springs as Monarch Mountain Ski Resort."

The ski area also is along the 82-mile stretch of Highway 12, designated a scenic byway, between Walsenburg and Trinidad near the New Mexico line and close to the Spanish Peaks mountains.

In 2017, Huerfano County acquired the base of the resort and turned it into Cuchara Mountain Park. The park has an 18-hole disc golf course, and local people ski, sled and snowboard on some of the 20-plus ski runs during weekends.

The nonprofit Cuchura Foundation raised $250,000 in donations to buy the property and workers are currently trying to get the main ski lift back in operation, possibly by the fall start of next ski season.

"The lift will go up only a third of the way up at first," Littlefield said. "The Forest Service owns the land above that. We'll have to get permits to access that. Our plan is to have all the lifts open and return to normal operation within five years. We probably need another $50,000 to be ready to open."

Littlefield said to address the issue of snowfall unreliability, the ski operation will make its own snow and use snowcats to groom snow so that it doesn't blow away in strong winds.

The ski operation will run on a nonprofit basis, he said, to keep expenses and lift ticket prices low, as well as to avoid the type of crowds seen at existing resorts.

Another goal, Littlefield said, is to expand recreational opportunities in the area.

"We'll also have a platform for night sky viewing where people can ride the lift up there and set up their telescopes," he said. "We're going to do the same thing for mountain bikers this summer. Back county skiing is a popular activity, too."

Littlefield said that people in the area want more options for year-round recreation.

In a related matter, results from a recently-completed survey financed by the Colorado Department of Transportation and the South Central Council of Governments found that Highway 12 has some potential for widening and installing bike lanes to meet the growing demand for bicycle tourism and recreation.

Mike Moore, owner of a bed and breakfast in the nearby town of Cuchara, said the survey results are promising.

"Where you come through downtown Cuchara, you can't go along the road without tearing down buildings because you've got sight distances for bikes, etc.," he said. "So the plan is now is to work with the Forest Service to put a trail around, behind, in the forest."

However, Moore said improving bike infrastructure is more of a long-range plan that could take several decades.

"For now, I think we have enough people who are willing to ride on the highway, and on local trails, to meet the demand," he said.

Local leaders said they hope both projects will not only increase tourism and recreation but also create jobs to keep young adults from leaving the area to seek employment.

"When we were up and running as a ski area, we filled every motel in Raton, Trinidad, Pueblo, Walsenburg and La Veta," Moore said. "If we could do that all year long, that would be great for everyone." 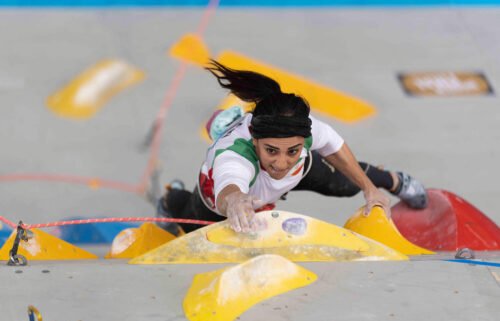