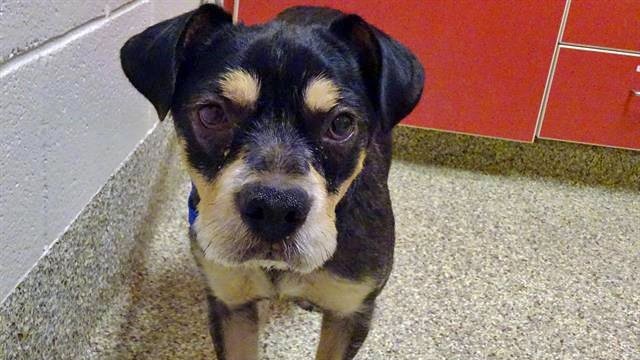 COLORADO SPRINGS, Colo. (KRDO) -- The Humane Society of the Pikes Peak Region in Colorado Springs needs help paying for treatment to help a dog that was rescued from a 22-year-old man accused of aggravated cruelty to animals.

HSPPR says the dog, Cooper, is being cared for by a foster parent after animal law enforcement took custody of the dog. Investigators say they spoke to multiple witnesses, collected evidence, and inspected Cooper as well after receiving reports that Cooper was being beaten.

According to HSPPR, Cooper has severe trauma to both of his eyes and is currently blind, but he's being seen by an eye specialist to see if he could have a surgery to potentially restore vision in one eye. The dog also received fractures to his ribs and abrasions on his paws.

“Sadly, our evidence leads us to believe that Cooper was intentionally harmed, repeatedly over a period of time, by the individual charged,” said Jamie Norris, Director of ALE. “This has been a very emotional case for our officers, and we are glad Cooper is safe and receiving the care he needs."

To donate toward Cooper's eye surgery, click here. He's currently not available for adoption as the investigation continues.