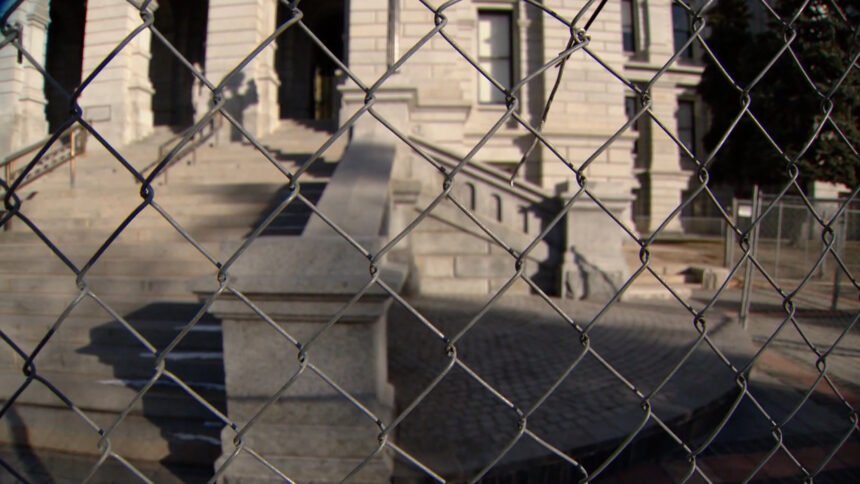 DENVER (KRDO) -- After a violent riot broke out at the U.S. Capitol last week, the FBI is warning that armed marches are being planned at every State Capitol starting this weekend. Colorado's Legislature starts up Wednesday, but they will not be in session when the marches might happen.

After Wednesday, however, lawmakers will gavel out until at least February 16. But these marches aren't why lawmakers won't be at the capitol next week; they are using the recess to try and wait for Covid case numbers to slow down.

Colorado Senate Majority Leader Steve Fenberg says that right now the legislature doesn’t have any information to make them worried or concerned more than any other American should be concerned or worried right now and that State Patrol is planning for worst-case scenarios.

So far, the worst case has been the vandalism to the State Capitol and other government buildings from over the summer, nothing to the extreme like we saw in Washington, D.C. last week.

However, there will be long-term security changes at the Capitol, some of those changes include permanent fencing around the building and reactivating the original metal doors outside the glass entry doors on the first floor.

Late Monday night, Denver Police released a statement about the planned weekend marches saying the department quote, "respects the right to peacefully assemble" and encourages anyone who participates in any assembly protected by the first amendment to quote, "Do so in a safe and lawful manner."

Denver police is also aware of efforts to organize two possible protests in the Mile High City in the coming weeks and says they will will continue monitoring and planning accordingly.