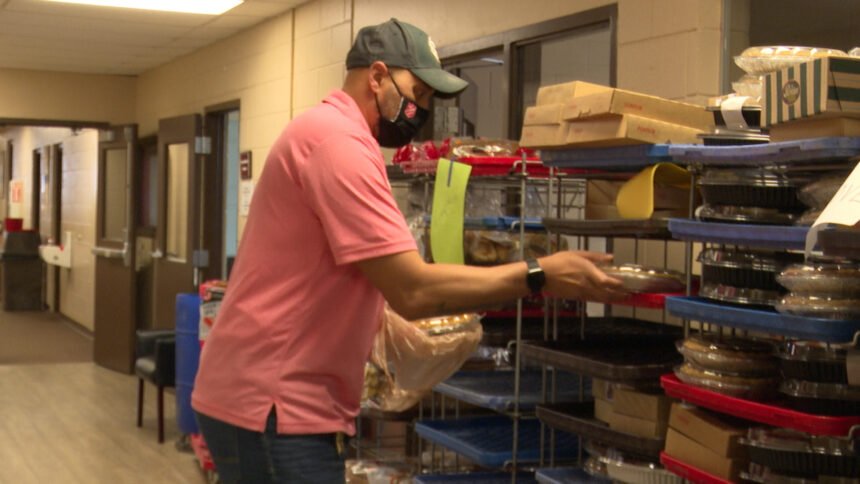 COLORADO SPRINGS, Colo. (KRDO) -- Every year, the Salvation Army provides a warm Thanksgiving meal for up to 4,000 people at four separate locations throughout El Paso County.

These giant meals are made possible with donations and support from the community. More specifically, the Salvation Army relies heavily on Colorado Springs to bring the sweet finishing touch to each of the meals.

“We need only about 150 more pies, I say only because this community tends to give them fast and furious and every now and then we get a few extra pies and the staff don’t mind it too much or when clients ask, 'Can I get a second piece of pie?' yes you can,” said Hanson.

But if you don’t want to bring a pie, Hanson says you could always donate to one of their red kettles.

“And now with social distancing, people are not going out and shopping as much. Our kettles, we are already seeing that they are down compared to years past. So they can be generous when giving to the red kettles. Every coin you put in there matters.”

Store-bought desserts may be dropped off at the salvation army front desk at 908 Yuma Street Wednesday. They will be accepting donations until 5 p.m.

“So we spend about four thousand dollars on the meal ourself, many of the turkeys and fixing are donated. Having the pies purchased by the community just really helps keep those costs down,” said Captain Hanson.

Locations for the dinners: