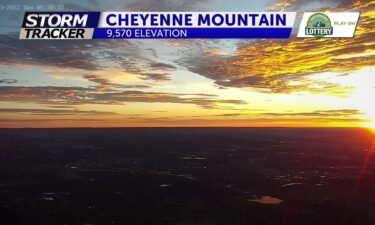 The fourth-annual State of Recycling and Composting in Colorado report finds that last year, the state's recycling rate dropped to nearly 16% -- less than half the national average of 35%.

Of the waste generated by Colorado, 87% comes from Front Range communities, and the state also is falling behind in its goal of diverting 28% of recyclable material from its waste stream by the end of 2021.

"So, we clearly have a lot more work to do in Colorado to move our state forward," said Zan Jones, one of the co-authors of the report. "But the good news is we have cities who are leading the way and showing us how we can do this."

However, the call did not include southern Colorado communities, and according to the authors of the report, Colorado Springs, Pueblo and other communities in the region still haven't done enough to make curbside recycling more accessible to their citizens.

"The communities with the highest recycling rates make sure that everyone has a trash bin, a recycling bin and some cases a composting bin," said Danny Katz, director of CoPIRG, a co-author of the report. "It allows more waste to be diverted from landfills. That's good for the environment and the economy."

The report also determines that the most successful recycling programs have strong public education and support, as well as an ability to attract companies that create markets for recyclable materials by turning them into products.

A promising development is that last year, state lawmakers created a fund financed by a fee on landfill use. The fee will generate $100 million over the next ten years to promote recycling and composting programs.

The report emphasizes the need for more composting programs, noting that the amount of food scraps and yard waste in landfills has quintupled since 2010.