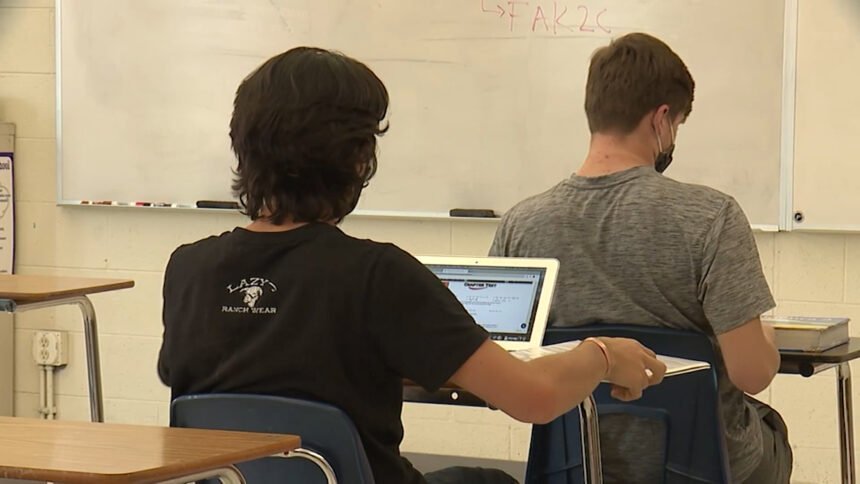 COLORADO SPRINGS, Colo. (KRDO) -- On October 1, millions of dollars in funding is at stake for schools located right here in the Pikes Peak Region.

As students either show up in person or virtually, they will be counted for “count day” as schools tally their students for the state's per-pupil funding. For District 20, a predicted loss of 900 students could result in a nearly $7 million loss.

The same goes for Harrison District 2, but they’ve been able to cut down on the number of students who are not enrolled.

Co-Superintendent of Harrison District 2 John Rogerson said, “Two weeks ago we were showing that we were missing 700 students. Through a concerted effort through counselors, school administration, by teachers, by our district staff, that number has been cut almost in half. So that will have an impact on our funding unless, as I say, the state realizes the impact this will have on every district in this state.”

But the question is why are students not enrolling?

“The pandemic is absolutely the major reason for the lower numbers across the state. Just getting people to realize, come back to school either through e-learning or in person it’s going to be safely done at the school you are working at,” he said.

This year, each student draws more than $8,000 of state funding on average across Colorado.

So all in all, fewer students equals less money. However, it's not just money school districts are worried about. Cortez says students who are not enrolled can really fall behind academically.

“I don’t know where these students have gone and we don’t want them to fall behind. So we are pleading to parents and families today to just get your child enrolled, whether it’s homeschool, e-learning, or whether it’s District 20 or another district.”