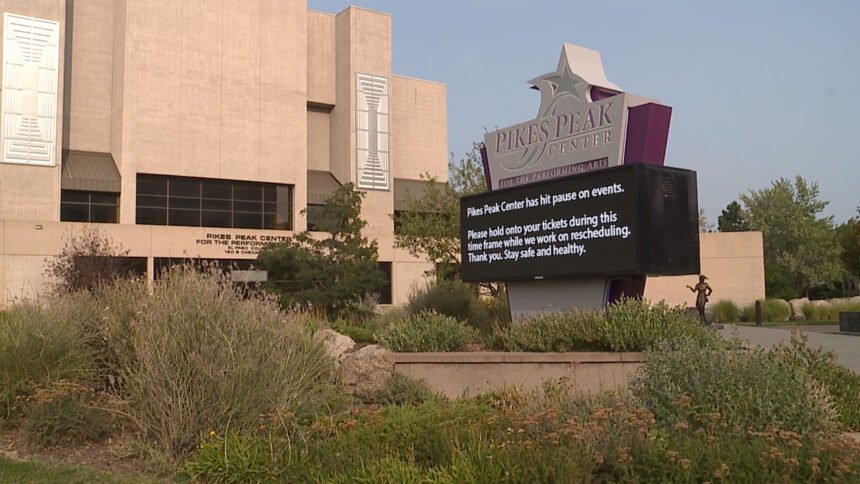 The members of the philharmonic say they're eager to share music again after their months-long hiatus because of the COVID-19 pandemic.

The musicians played at the Pikes Peak Center Outdoor Amphitheater. They say they want to deliver a "message of hope for the return of live music to the community," according to a statement from the Colorado Springs Philharmonic Players' Committee.

One of the musicians Jeremy Vanhoy says they have been struggling since COVID-19 has cancelled all of their concerts. They haven't played to a crowd since February. "We've been essentially teaching and collecting unemployment where possible to try to scrape by," Vanhoy says.

However, it's not just these musicians who are having a hard time with COVID-19. It's also musicians like Rich Owen, the lead singer of a local band. He says while some venues have started to open up, only a limited number of people are allowed in. Meaning the pay they receive is minimal.

"The smaller venues they just can't generate enough money right now to make it worthwhile for the band," Owen says. But some venues like The Black Sheep in Colorado Springs haven't had any concerts.

"We haven't had an actual live band pay here since March 14th," says general manager Kevin Zirfas. "Every day is just a struggle to make ends meet." Zirfas says the venue has remained open as a bar to try to get some money coming in, but it doesn't makeup what they would usually get this time of year.

"This is usually the time where were pumping out seven national shows a week and it's very different going to a bar night with 50 people tops," Zirfas says.