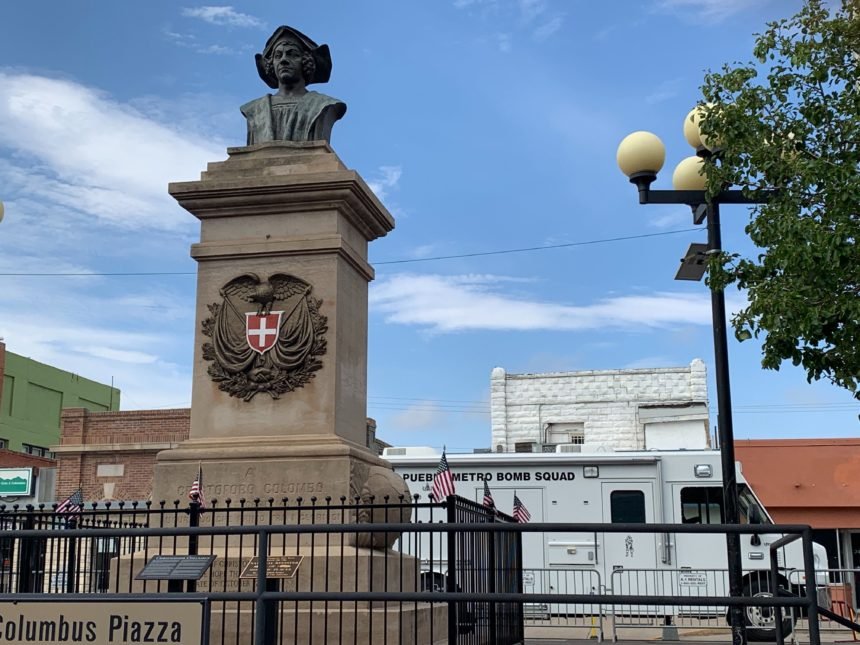 PUEBLO, Colo. (KRDO) -- The city of Pueblo tried a mediator to reach a resolution for the future of a Christopher Columbus statue, but now the Pueblo City Council will be discussing a possible emergency ordinance to put the issue in front of voters.

The statue, which is in front of the Rawlings Library, has attracted numerous protests, and some of them have turned violent. Protesters say the statue should be removed because of Columbus' treatment of indigenous peoples, but the Pueblo Sons of Italy say removing the statue would be an affront to their heritage.

Both sides haven't budged on their demands, so City Council might end up pushing it to the voters.

A special city council meeting is being held at 5:30 p.m. on Monday to discuss a ballot question "relating to the Christopher Columbus Monument located in the median of the 100 block of E. Abriendo Ave.," according to the agenda.

The ballot question would ask "Shall the Christopher Columbus monument, which is on the National Register of Historic Places, remain in its current location in the median of the 100 block of E. Abriendo Avenue in the City of
Pueblo, where it has been located for 115 years?"

Mayor Nick Gradisar had previously told KRDO the mediation was productive because the talks "produced a chance for everyone to sit down and express their views, pain, and heritage.”

Gradisar's Communications Director, John Rodriguez, said the groups had met again with the mediator Thursday night for about three hours to discuss options for the statue.

Editor's Note: A previous version of this story said the mediation ended with no conclusion.