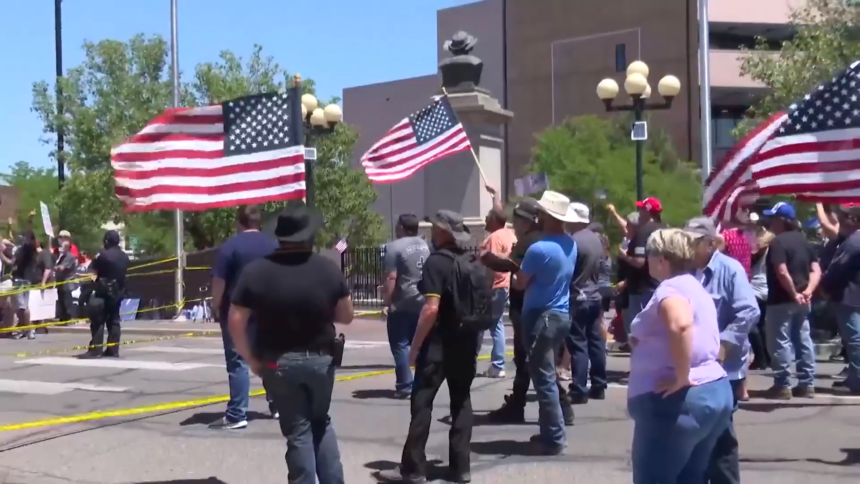 PUEBLO, Colo. (KRDO) -- The city of Pueblo hired a mediator to try and find common ground between two groups debating the future of a Christopher Columbus statue, but it's back to the drawing board.

Pueblo Mayor Nick Gradisar said he's disappointed that no agreement could be reached between the two groups.

We've reported the ongoing saga surrounding a bust of Columbus outside of the Rawlings Library on Abriendo Ave. for weeks, but the debate over the statue isn't anything new. A group of protesters pushed a renewed surge toward its removal at the same time that protesters around the country decried statues of Confederate leaders.

The protesters say Columbus' abuse of indigenous populations shouldn't be honored, but counter-protesters say the statue should stay because of Columbus' historical significance to the city's Italian community.

Some of the protests have nearly turned into brawls, and Gradisar said the city has spent upward of $65,000 for extra police officers and equipment.

Some people, including city council members Lori Winner and Mark Aliff, were skeptical that a long-term resolution would be reached.

Their predictions turned out to be correct.

Saturday morning, the two parties told Gradisar they couldn't reach an agreement over the Columbus statue, and they decided "continuing talks would not be productive." We're working on getting details of what proposals were discussed before the stalemate.

Gradisar did say that the mediation wasn't a waste, however.

“Obviously, I’m disappointed the two groups couldn’t reach an agreement, but after decades of protests, the talks produced a chance for everyone to sit down and express their views, pain, and heritage,” said Mayor Gradisar. “Mediation was worth it as it allowed both sides the opportunity to hear the pain and pride of Pueblo’s past.”

The city says it's going to keep looking for ways to help the groups reach a solution "that honors the history and contributions of both Indigenous People of Pueblo and Italian families of Pueblo."