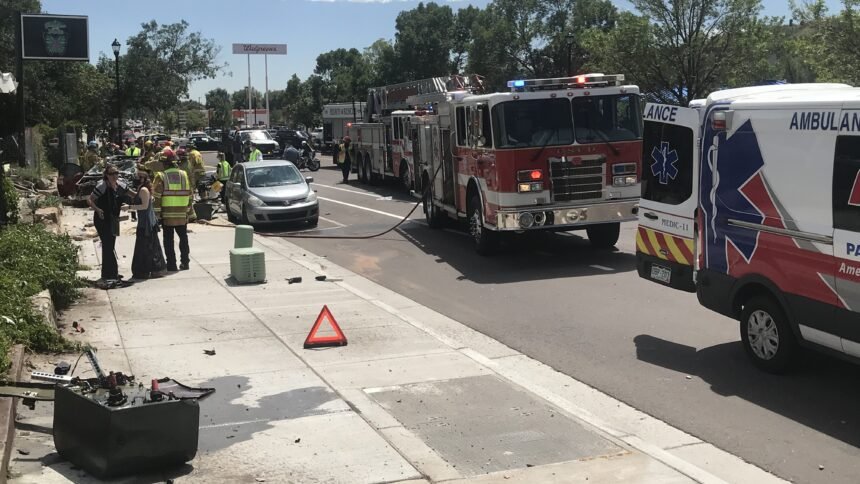 COLORADO SPRINGS, Colo. (KRDO) -- Several people were taken to the hospital after a car crashed into the front of a medical marijuana dispensary Tuesday in west Colorado Springs.

The crash happened around noon on Colorado Ave. near 32nd Street. A mangled car was left near the front of Garden of the Budz.

One employee inside the dispensary said the car crashed through part of the store and then kept rolling out before stopping on the sidewalk.

A witness told KRDO that the car was weaving through traffic and sideswiped his vehicle shortly before the crash into the building.

The westbound lanes were blocked and one traffic light was affected at the intersection of 32nd Street.

It's not yet clear if the driver of the vehicle will be cited for the crash.