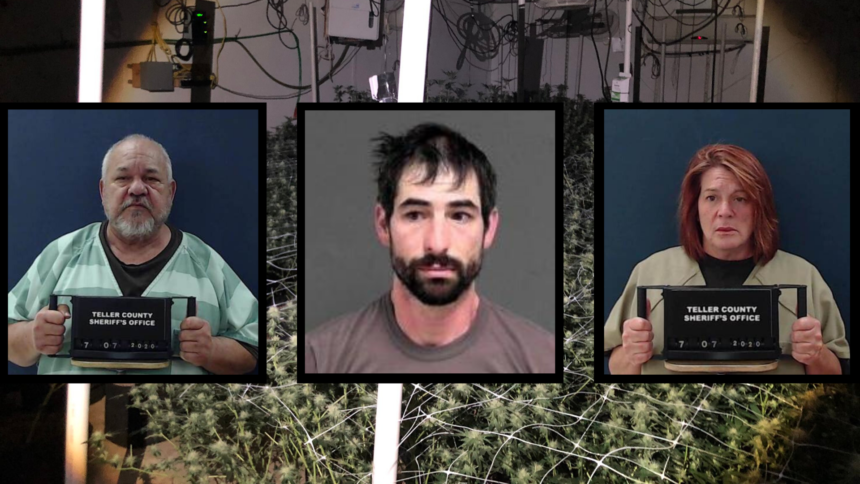 TELLER COUNTY, Colo. (KRDO) -- What started off as a tip about an illegal marijuana grow operation in Divide turned into the bust of a multi-county operation that stretched into Colorado Springs and as far down south as West of Trinidad.

"We feel like we've basically scratched the surface of a large criminal organization," Commander Greg Couch with the Teller County Sheriff's Office said.

The Teller County Sheriff's Office gave information on Wednesday about the bust. Detectives first got a tip about a grow on County Road 5 in Divide, but then they learned there was another address linked to the operation in Trinidad, which is near the Colorado, New Mexico border.

After getting search warrants, detectives raided the two places on Tuesday and then found out about a third grow operation in a rented space on Arrawanna Street in Colorado Springs. The Sheriff's Office says the owner of the building is not connected to the illegal grow.

Between the three locations, more than 1,500 illegally grown marijuana plants were seized, along with $32,000 in cash, several firearms, and vehicles.

In total, the estimated value of the plants is $2.3 million dollars. Deputies say it is determined by the Drug Enforcement Administration who says 1 pound of marijuana from Colorado getting sent overseas is valued at about $4,000.

"They were packaging and shipping their products not only to other states but to other countries, overseas," Couch explained.