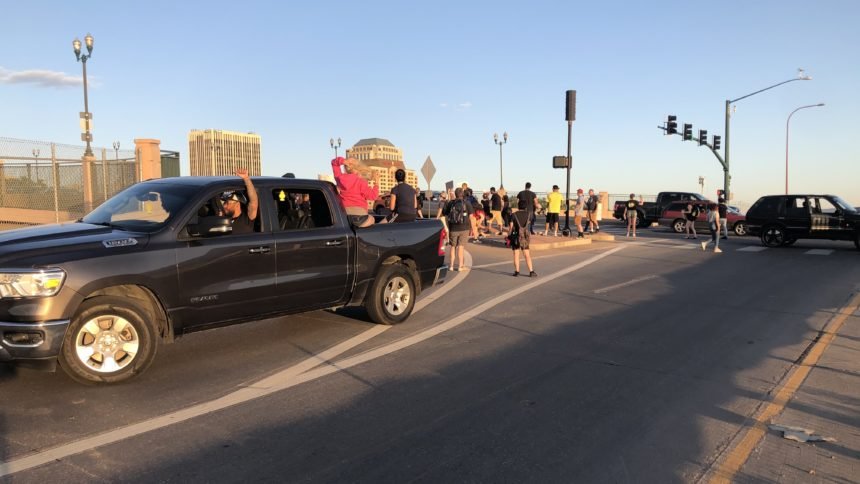 COLORADO SPRINGS, Colo. (KRDO) -- Police in Colorado Springs have been called to Interstate 25 near Cimarron Street to block traffic after protesters marched from downtown to the interstate.

A group of protesters was seen walking down Bijou Street before a truck blocked an on-ramp. The group of about 20 protesters then started marching down to the interstate on foot.

Protesters continued to block the northbound Interstate for a little over an hour, but police blocked traffic at Cimarron Street to prevent more cars from building up in the crowd. After about 30 minutes, many of the cars that were stopped by the protesters either reversed or turned around to leave.

Colorado Springs police sent a tweet following the protest saying they felt the best course of action was to temporarily close the highway and divert traffic.

A small group of protestors decided to block I-25, creating a public safety hazard. CSPD determined the best course of action was to temporarily close the highway and divert traffic. We then activated our Public Order Response Team to assist with clearing the hazard.

Protests have taken place in Colorado Springs as part of a nationwide movement for police reform.