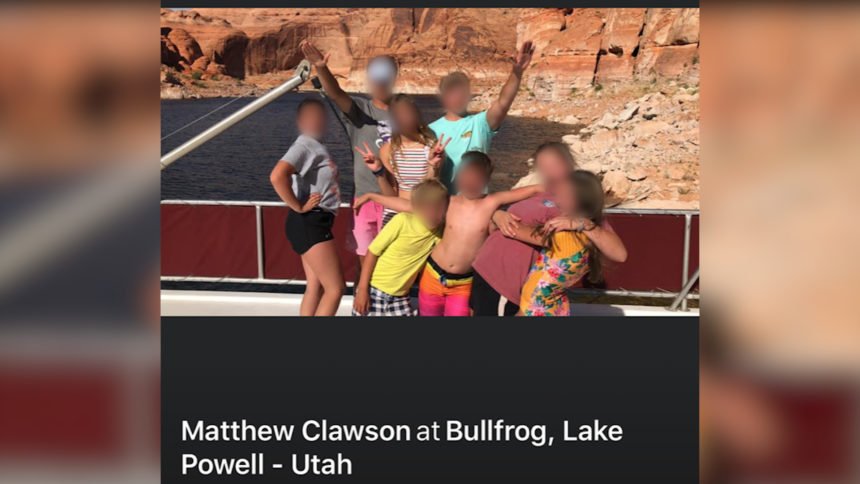 COLORADO SPRINGS, Colo. (KRDO) -- At a time when protests against systemic racism are sweeping the U.S., the board president with Lewis-Palmer District 38 is apologizing after a photo surfaced on his social media page showing children doing what appears to be a Nazi salute.

Matthew Clawson called the photo inappropriate and offensive in a statement to KRDO on Tuesday, and his explanation is that his children were "performing skits while wearing old Charlie Chaplin and Groucho Brothers type mustaches." The photos were taken during a trip to Lake Powell in Utah.

Chaplin played Adenoid Hynkel in the 1940 film The Great Dictator; the role was a parody of Adolf Hitler, and the movie has been rated one of the top movies of all time on IMDB.

However, Clawson acknowledged that "although the photo was taken in children's play and without awareness, it was nonetheless inappropriate and offensive. This type of picture has no place in our society."

As to how the photo ended up on his Facebook page in the first place, Clawson says a family member posted the pictures to his page after someone asked when he was going to share photos from the family vacation.

KRDO viewers reached out to us after seeing the photos, and they expressed concerns that the children are wearing Hitler-style mustaches while performing what is essentially a Nazi salute.

"Unfortunately, the photo was on Facebook long enough for it to be viewed by a few of you in the community, despite the fact that it was removed before I was contacted by anyone expressing concern over the picture," Clawson said in his apology statement. "I am sorry that we were not more sensitive to the effect this picture would bring."

Clawson added that the photo doesn't reflect his beliefs, and he says he supports "racial equality, social justice, and equity for all."