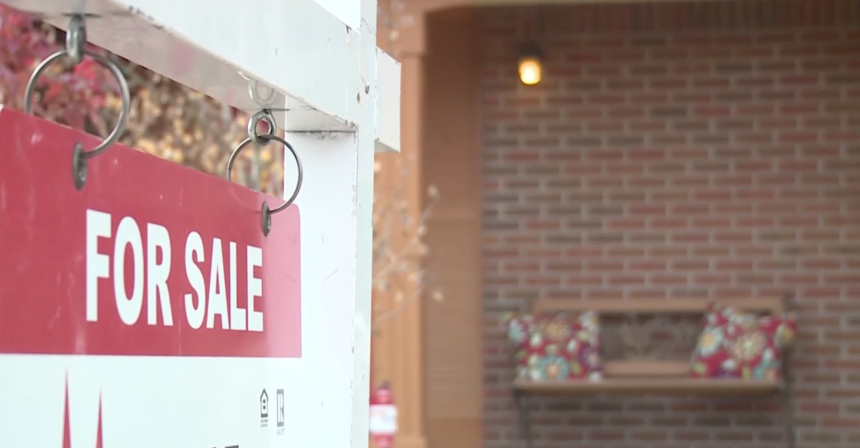 COLORADO SPRINGS, Colo. (KRDO) -- Cost of living continues to skyrocket in Colorado Springs as prices surged to a 23-year high in the first quarter, and as costs dramatically rise, people looking to buy a home in the Springs might find themselves in a difficult situation.

Tatiana Bailey, Director of UCCS Economics Forum said, “Because a lot of people who were thinking about selling their homes suddenly are looking at this market and it’s almost like a compounding effect. They have realtors look at it and say, 'Hey it might be really hard for you to find a house,' so they don’t want to put their house up for sale.”

To break it down, the local cost of living was 103% of the national average in the January-to-March quarter, up from 100% of the average a year earlier and the highest level the quarterly index has reached since 1997.

Bailey said, “But now, being at 103 or 104 almost that means that we are about four percent more expensive then the rest of the U.S.”

However, the data was collected in early January which means it does not show the economic impact during the Covid-19 pandemic which began when many businesses closed in late March.

Even without seeing the numbers during the pandemic, Bailey doesn’t think the housing market especially here in the Springs was really affected by covid. Bailey says that all of Q1 had a 14.4 percent increase in single-family housing which is double the national average.

“That, together, kind of tells me that this trend that was already happening, if anything, has accelerated. So that to me validates the whole idea that we may actually see even more of an increase in demand for housing,” Bailey said.

And how much does it exactly cost to buy a home? Well, the median cost for a four-bedroom, two-bathroom house in Colorado springs rose more than 11 percent from just a year ago. That price now sits at more than $368,000. Bailey said during this time it’s the homeowners who control all the cards.

“Not unlike the whole employment situation, you have winners and losers in this crisis and it appears that is spilling over to the housing market and cost of living in general.”