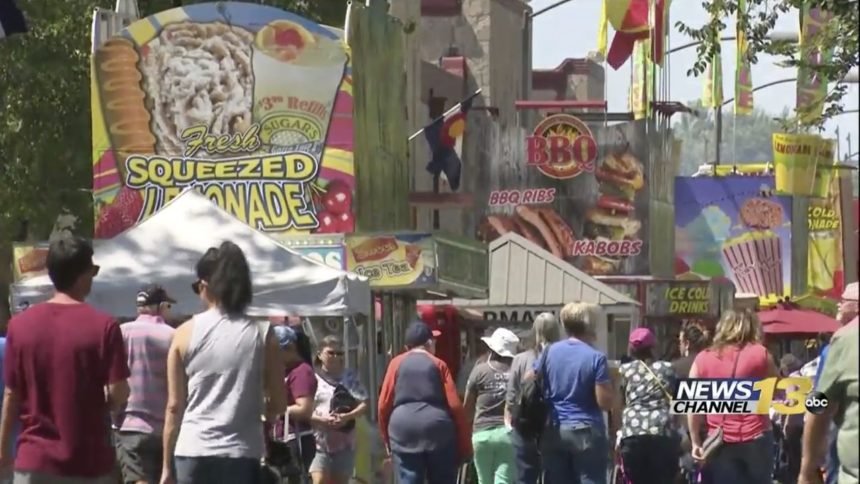 PUEBLO, Colo. (KRDO) -- The Colorado State Fair Board is exploring what preparations are needed in order to take place, but ultimately the fair is still set to take over the Steel City at the end of August.

The Board of Authority voted Tuesday to modify activities to be safe amid guidelines for the COVID-19 pandemic.

Not everything will be returning this year, but several livestock and agricultural events are being considered with modifications, including the Junior Livestock Show and Sale, the FFA Heifer Wrangle, Catch-a-Calf, 4-H Horse Show, and the 4-H Dog Show.

There will also be a limited carnival with fewer food and vendor booths. Competitive exhibits will be virtual, the board said in a news release Tuesday.

At this point, though, the exact modifications aren't known. The state fair board says more information about the activities taking place will be announced at some point later.

It's almost assured that capacity will be limited, and state guidelines say that with proper precautions approved by the state, counties may allow outdoor venues to operate at a maximum capacity of 500 people. Last year, more than 446,000 people attended across 11 days.

Scott Stoller, the fair's general manager, said officials announced the decision Tuesday to inform entertainers who were scheduled to perform and to allow officials to prepare as needed.

"In the two months remaining before the fair, there's still a chance that things might change and we'll be allowed to do more than we know we can do now," he said. "We're probably scaling back more than 90% of the fair. But we knew that because of the pandemic, we'd be limited this year. Our goal is to come back bigger and better next year."

Stoller said the fair has $1 million in a reserve fund to offset losses expected this year and next year, as well.

This will mark the fair's 148th year, with the theme being "A Walk on the Wild Side."