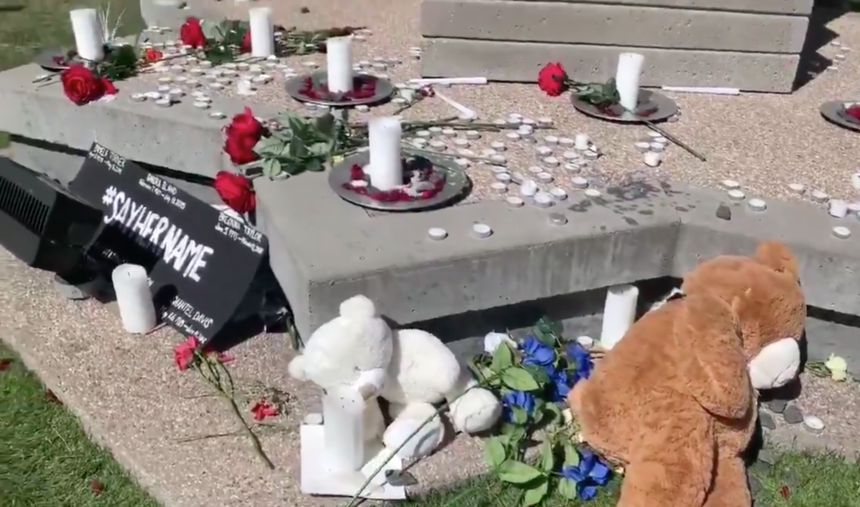 COLORADO SPRINGS, Colo. (KRDO) -- In the ninth day straight of George Floyd protests in Colorado Springs, some attendees created a memorial to those who have lost their lives after police used deadly force.

The shrine was decorated with candles, flowers and teddy bears to honor the lives lost.

This shrine is new today at the #GeorgeFloydProtests. Teddy bears, roses and candles honor the names of those who lost their lives after police used deadly force. #SayTheirNames pic.twitter.com/tFM4iqtbaL

About 150 people showed up Sunday afternoon to lend their support to the Black Lives Matter cause.

KRDO reporter Zachary Aedo will be downtown the rest of the day to capture the scene. You can follow his live updates on Twitter below: