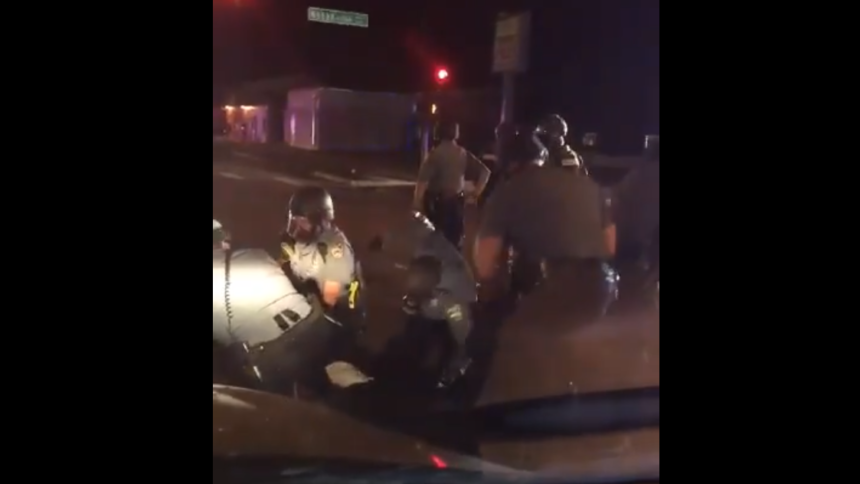 COLORADO SPRINGS, Colo. (KRDO) -- Colorado Springs Police say they're aware of a video on social media that shows police officers punching a suspect on the ground in the late hours of a recent protest.

KRDO received the video with permission from the driver who filmed the incident. It appears to show a protester enter the frame from the left, and police officers issue a command for him to get on the ground about a second before firing less-than-lethal rounds. Officers push him down to the ground, and they appear to struggle to get him in handcuffs before punching him in the torso and back.

CSPD Chief Vince Niski issued a statement in response to the video of the incident, saying "I am aware of the video circulating around social media of our officers using force to effect an arrest during the recent protest. This incident will be reviewed to determine if any laws or department policies were broken."

Niski pointed out that the video shows "a small snapshot of that arrest" and says that the video appears to show the suspect resisting, which is "when officers use force to gain compliance and take him into custody."

"The full review will reveal all the events that occurred leading up to this incident, during this incident, and what happened after the video stops. Once that is complete, if the officers have been found to have violated our policies or the law, the appropriate action will be taken," Niski said.

He continued in a statement, saying: "While protests in Colorado Springs have been overwhelmingly peaceful, we have seen violent and unlawful acts take place, especially during the night. We stand in solidarity with our community and we will continue to protect our community’s right to protest, but when a crime occurs we have to take action to ensure an escalation of violence does not continue.”

The protester that's arrested in the video hasn't been identified yet, and it's not clear what charges he's facing.