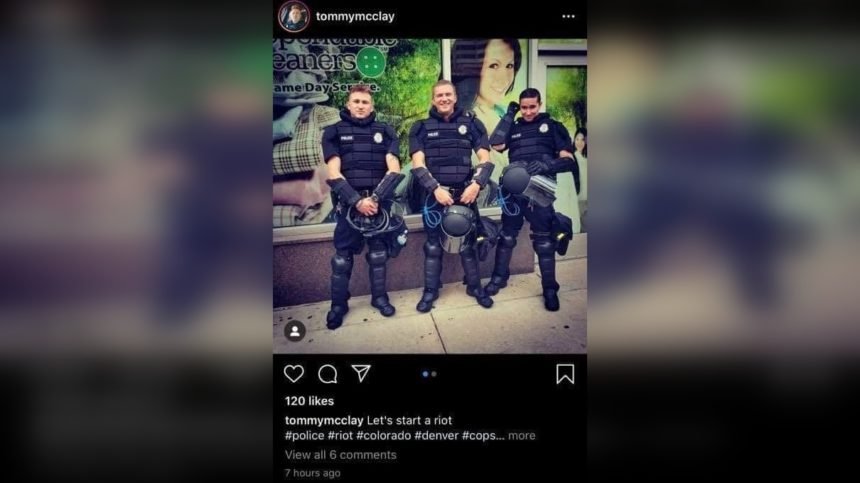 DENVER (KRDO) -- UPDATE: The Denver Police Department said Tuesday that Officer Thomas McClay is no longer with the department after an investigation into one of his social media posts saying "Let's start a riot."

The Denver Police Department says Internal Affairs is looking into a post on Instagram that shows three DPD officers in tactical gear with a caption that says "Let's start a riot."

The post on Instagram, shared by an account named Tommy McClay, features the three officers standing on a sidewalk in their gear, and the hashtags indicate it was posted in Denver.

It's not clear exactly when the picture was taken, but it was shared at a time that Denver police officers have been engaged in violent standoffs with protesters demanding reform in the wake of George Floyd's killing.

Monday, DPD confirmed that the post "featuring 3 DPD officers posing in riot gear" is under investigation, which is also being monitored by the Office of the Independent Monitor.

The other two officers haven't been identified publicly.